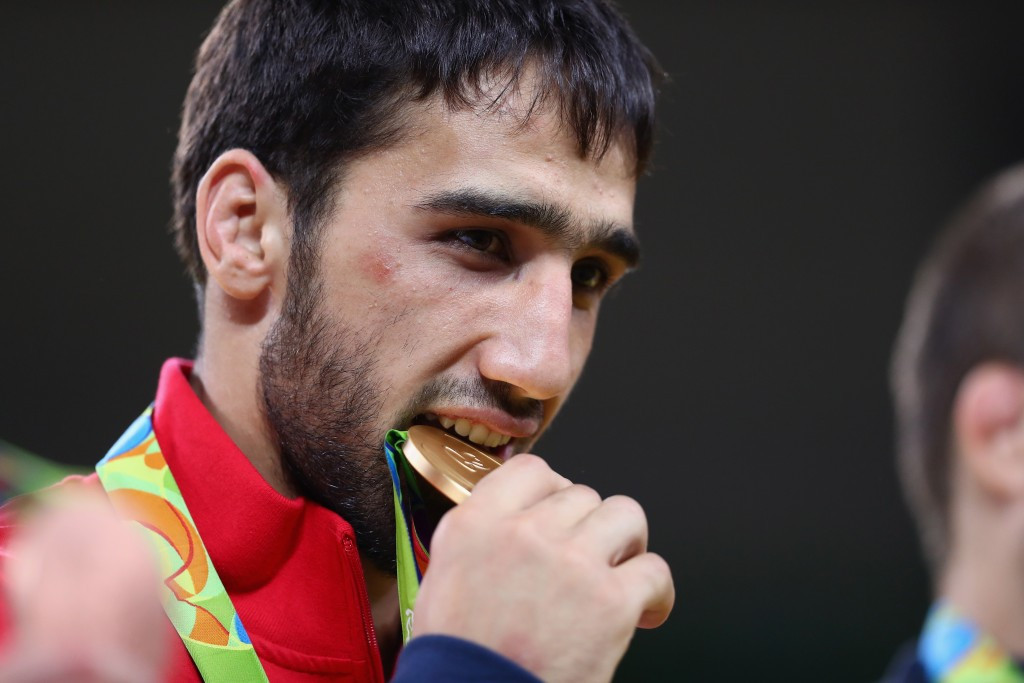 Khasan Khalmurzaev claimed Russia’s second Olympic judo gold medal and third overall of the Rio 2016 after beating the United States’ Travis Stevens in the men’s under 81 kilograms at the Carioca Arena 2.

Having overcome the United Arab Emirates' Sergiu Toma in the semi-finals, the European champion  did everything to stay away from Stevens on the ground and sent the American over with a low uchi-mata for ippon after three minutes.

Russia's athletics and weightlifting teams are banned from these Olympics following claims of state-sponsored doping and the International Olympic Committee resisted huge pressure to enforce a complete blanket ban.

International Judo Federation (IJF) President Marius Vizer had been among the most strident critic of such a suspension.

"I cannot believe it," the 22-year-old Khalmurzaev, one of the favourites, said.

"I'm happy for all the Russian people.

"I know Travis Stevens and he is strong.

"So I did all I can to win this gold medal.

"I just saw on the TV that I am the winner of these Games and I can't believe it."

The first bronze medal encounter saw Toma get the better of Italy’s Matteo Marconcini to secure the UAE’s first-ever Olympic judo medal and only their second medal in any sport following a men’s double trap shooting gold for Ahmed Al Maktoum at Athens 2004.

In the women’s under 63kg category, world champion Tina Trstenjak of Slovenia claimed the title that compatriot Urska Zolnir, a member of her country’s coaching team in Rio, won at London 2012.

After beating home favourite Mariana Silva in the semi-final, Trstenjak faced world number two Clarisse Agbegnenou of France as the familiar foes extended their rivaly into an Olympic gold medal match having previously squared off in European and World Championship finals.

The Slovenian entered the match leading their head-to-head series 2-1 and, having never met in anything other than a final, it was Trstenjak who powered to top honours as she held down her French opponent for 20 seconds and ippon.

Slovenia’s only two Summer Olympic gold medals for females have both come in judo and both in the under 63kg category.

"We made a good tactic with my coach," said Trstenjak.

"The bout against Mariana Silva was very tough, because the full stadium was against me but I was focused and finally I succeeded.

"Clarisse Agbegnenou is a very strong judoka but she made a mistake and I took advantage of it."

The result gave Israel their first medal at Rio 2016 and their fourth-ever Olympic judo medal and also meant that this was the first category in the competition without a Japanese medallist.

Anicka van Emden earned The Netherlands their first judo podium at Rio 2016 and denied hosts Brazil what would have been a second on the tatami, winning the other bronze medal contest at the expense of Silva.

Judo action is due to continue tomorrow with the men’s under 90kg and women’s under 70kg categories taking centre stage.