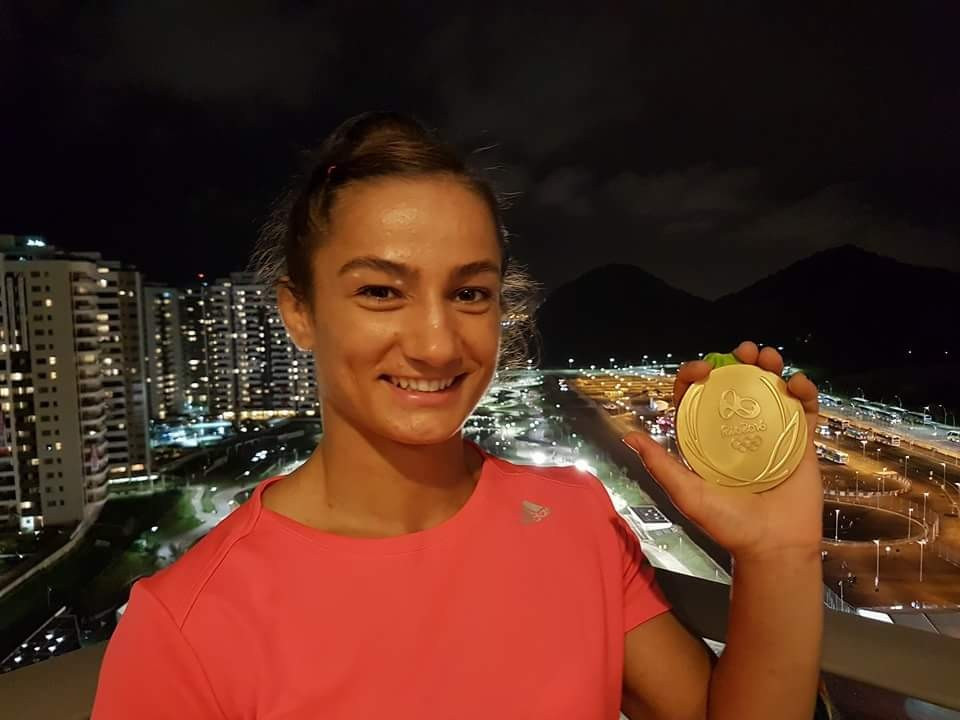 Kosovo's Majilinda Kelmendi passed a special drugs test set-up by the International Judo Federation (IJF) after she and a number of other athletes refused to undertake a random check following a visit from the French Anti-Doping Agency (AFLD) at a training camp.

Kelmendi has also received the support of the World Anti-Doping Agency (WADA) following a preliminary investigation.

Kelmendi, winner of the under 52 kilograms title at Rio 2016 here on Sunday (August 7), was reported to have refused a test during a training camp at Saint-Cyprien in France.

A statement from the IJF revealed that the official from the AFLD was never supposed to test foreign athletes but decided to do so after discovering they were at the training camp.

She used the method of asking them about their results before deciding whether or not to ask them to submit to a drugs test.

Coaches from several countries were "surprised" by this request asked for advice from the IJF anti-doping specialist present.

She "cautiously expressed" that they had no obligation to undertake the test in those conditions.

Some athletes did undergo control, while others, including Kelmendi and Germany's European Games under 63kg champion Martyna Trajdos, refused.

All those who refused were then tested the following week following a special request by IJF President Marius Vizer.

The results were negative.

"A procedure that only concerns Majlinda Kelmendi, whereas the other athlete never received any notification, is underway," the IJF added.

"We hope that this procedure will respect the rights of the athletes."

Kelmendi, who carried Kosovo's flag during the Opening Ceremony of Rio 2016 last Friday (August 5) in her country's first appearance in the Olympics, was hailed as a hero after her victory over Italy's Odette Giuffrida.

She was presented with her gold medal by International Olympic Committee President Thomas Bach.

Trajdos represented Germany today in the under 63kg competition, losing in the round of 16 to Mariana Silva of Brazil.

"WADA was notified of this matter by the French National Anti-Doping Agency," they told insidethegames.

"We are currently reviewing the file and will determine our next steps when we have collected all elements relevant to this matter.

"However, based on the elements that we currently have, this does not seem to be a matter where the athlete can be blamed, but rather a potential issue of collaboration between a National Anti-Doping Organisation and an International Federation."

The AFLD have not yet responded to insidethegames' requests for a comment.