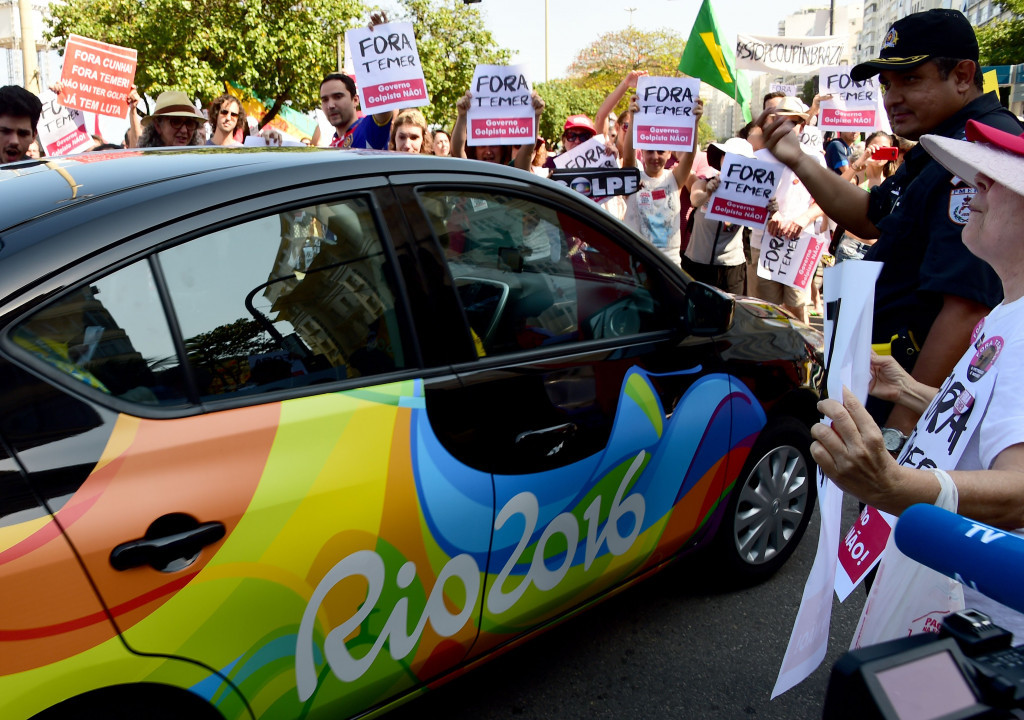 Peaceful protests are now permitted at venues being used for the Olympic Games after a Brazilian Federal judge ruled that banning them was "an infringement of freedom of expression.

This followed spectators being expelled from venues for wearing tee-shirts criticising and calling for the removal of interim President Michel Temer.

A request by the Ministerio Publico do Brasil, an independent body defending the public interest, was then made.

It claimed that organisers, the Brazilian Government and the International Olympic Committee (IOC) had all overstepped their authority.

Judge Joao Augusto Carneiro Araujo agreed, ruling that only racist and xenophobic messages should be be banned.

Video clips of spectators being thrown out by security guards have prompted outrage in Brazil.

Some have attempted to get around the ban by holding signs saying “Fora Vcs Sabe Quem”, or "You Know Who Out".

The IOC Charter rules that "no kind of demonstration or political, religious or racial propaganda is permitted in any Olympic sites, venues or other areas".

Rio 2016 is expected to challenge the verdict on the ground's it contravenes the Host City agreement signed when awarded the Olympics in 2009.

It is also against Brazil's Olympic law, passed following the Games being awarded to Rio de Janeiro, which bans “flags for purposes other than the festive and friendly event".

Carneiro claimed that the law only refers to discrimination, and “does not appear to ban peaceful demonstrations of a political nature through posters, use of tee-shirts and other lawful means in official sites of the Olympic and Paralympic Games Rio 2016”.

IOC Presidential spokesman Mark Adams claimed the Games "should not become a platform for political debate".

Political protests are taking place all over Brazil following the controversial impeachment of President Dilma Rousseff in May pending a corruption trial.

Temer was loudly booed when he declared the Olympics open last Friday (August 5).

The Government have indicated today they will not oppose the court ruling.