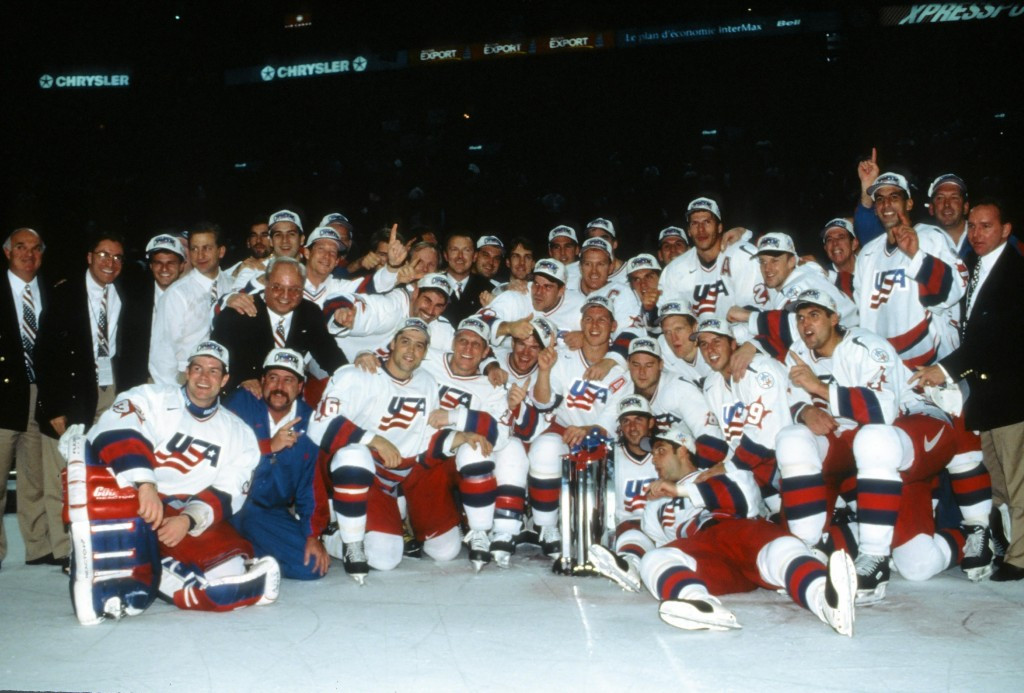 Normand “Bill” Belisle, Craig Janney and the 1996 World Cup of Hockey team will be inducted into the United States Ice Hockey Hall of Fame as the class of 2016, it has been announced by USA Hockey.

Belisle will enter his 42nd season as head boys’ coach at Mount Saint Charles Academy in 2016-17, having spent the past five decades transforming the Mounties into a national power.

Belisle’s remarkable run since 1975 has included many significant milestones, including 26 consecutive state titles, 32 state championships and 990 wins entering the 2016-17 season.

He has also been responsible for two first overall National Hockey League (NHL) draft picks, including Brian Lawton, the first-ever American to be selected first overall in 1983, and Bryan Berard in 1995.

More than 20 Mounties have gone on to be drafted by NHL clubs.

Janney is described as "one of the most legendary play-makers of his era", skating in the NHL for 12 years after being selected by the Boston Bruins in the first round of the 1986 NHL Entry Draft.

Among American-born skaters in the NHL, Janney ranks first in career assists per game and fourth in points per game, while his 563 assists are 11th on the all-time list.

In a 760-game NHL career, the Hartford native registered 188 goals and 563 assists for 751 points, while playing for seven teams including St Louis Blues, San Jose Sharks and Tampa Bay Lightning.

During his time in Boston, Janney helped the Bruins reach the Stanley Cup finals in both 1988 and 1990.

Internationally, he represented the United States on six occasions, highlighted by helping the US get to the finals of the Canada Cup in 1991 and also earn its first-ever medal at the International Ice Hockey Federation (IIHF) World Junior Championship in 1986.

He also played for Team USA in the 1988 Olympic Winter Games, and competed in two IIHF Men’s World Championships and the 1985 IIHF World Junior Championship.

In total, Janney registered 26 points, including 15 goals and 11 assists, while donning the Team USA jersey.

Behind the guidance of head coach Ron Wilson, Team USA finished the tournament with six wins.

After claiming an impressive 5-3 victory over Canada to open the tournament, the US swept through round-robin play before defeating Russia, 5-2, in the semi-finals.

In the best-of-three championship series against Canada, a memorable pair of 5-2 victories in Montreal secured the country’s greatest tournament victory since the 1980 Miracle on Ice against the Soviet Union.

To date, 16 members from Team USA’s 1996 World Cup of Hockey squad have been inducted into the US Hockey Hall of Fame.

“This is a truly magnificent class,” said Jim Smith, President of USA Hockey.

“Each member of the class of 2016 has had an extraordinary impact on our sport and is most deserving to take their place among the hockey immortals in the United States.”

The date and location of the 2016 US Hockey Hall of Fame Induction Celebration, which will include the formal induction of the class of 2016 as well as the presentation of the Lester Patrick Trophy, will be revealed later this month.