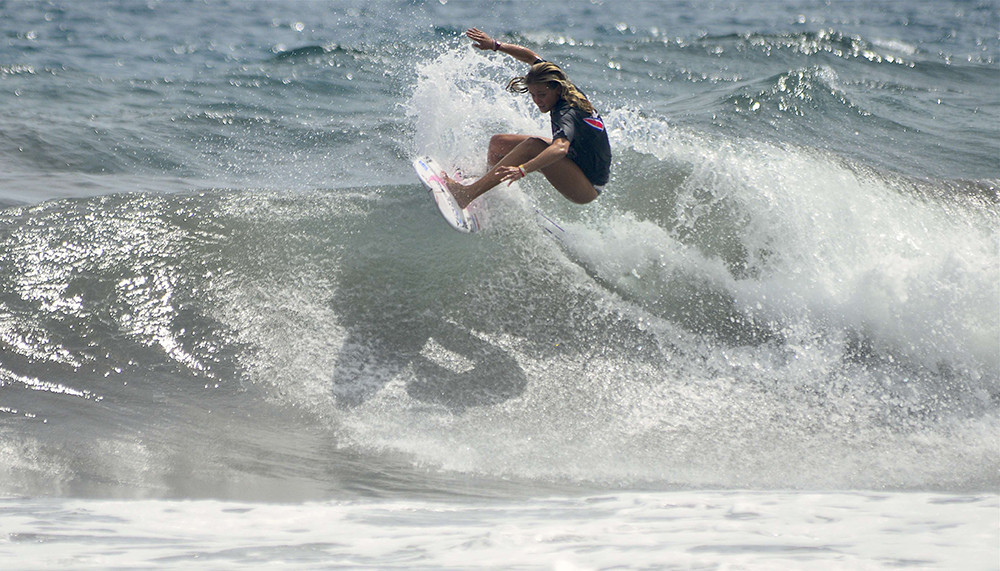 The women's competition got underway on day two of the International Surfing Association (ISA) World Surfing Games in Costa Rica, with weather playing a crucial role.

France’s Pauline Ado was the stand-out performer of the day with a decisive victory in her round one heat.

Ado’s heat total of 17.77 and single wave score of 9.27 were the highest of the day for any man or woman, allowing her to comfortably cruise into round two along with Peru’s Analí Gomez who scored 14.20.

Chile’s Lorena Fica managed 11.50 and Switzerland’s June Erostarbe recorded 5.93 to miss the cut, but they will get a second chance when the repechage rounds get underway.

Swiss surfer Alena Ehrenbold was unable to advance through her round one heat, but shared her thoughts on representing her non-traditional surfing country of Switzerland, which is landlocked.

"It’s really hard to be a Swiss surfer because you can’t surf every day, we can only surf rivers in the summer if we are lucky or travel long distances to get to the ocean."

The local star, Carlos Muñoz, continued his strong run of surfing and obtained the highest wave score of 9.17 and a heat total of 16.50 in the open men's division, finishing ahead of Peru’s Alonso Correa who recorded 10.54, Argentina’s Felipe Suarez who finished on 10.00 and Panama’s Oli Gonzalez who managed 7.10.

Argentina's Leandro Usuna, the men’s 2014 ISA World Surfing Games champion, passed through his round two heat in second place with a score of 11.53, ahead of the 11.20 heat total that landed Costa Rica’s Anthony Fillingim in third place.

Usuna spoke about his performance.

“The conditions are a little smaller today but it’s still fun and everyone is killing it," he said.

"All of the countries are excited and I am really happy to make it through right at the buzzer, it was a close heat."

ISA President, Fernando Aguerre, had his say on the action after watching from Rio de Janeiro, where he is attending the Olympics after the International Olympic Committee voted on August 3 to include surfing in the Tokyo 2020 Games.

“The women put on a show today at Playa Jacó," Aguerre said.

"Even with the difficult conditions, they shined and set the stage for the action packed week of competition ahead of us.

"Expect the action to intensify as swell is on the way."