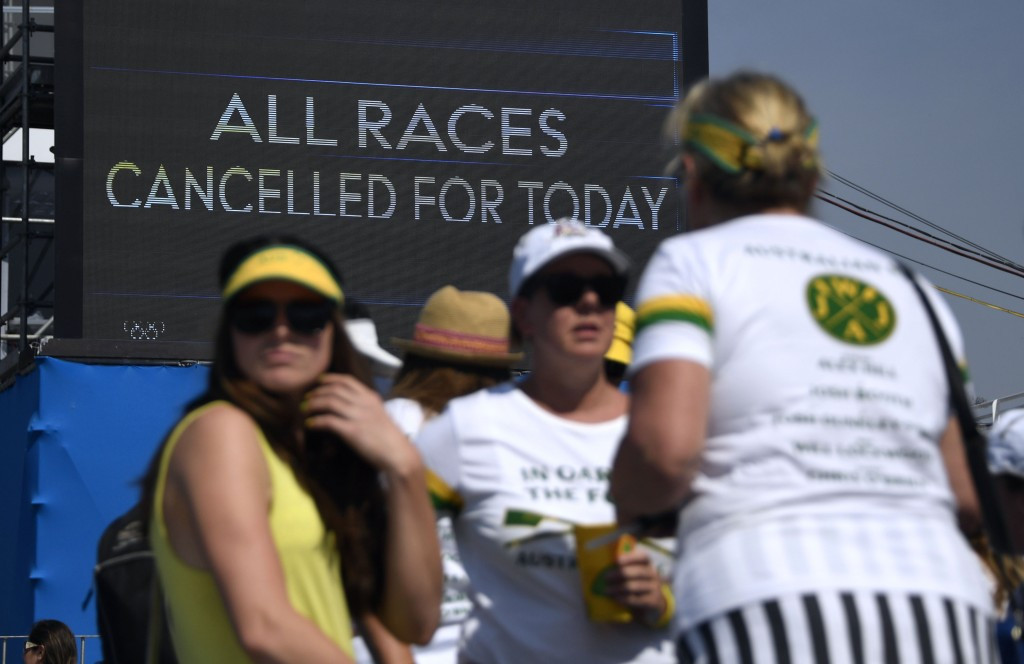 World Rowing remains confident of completing the Rio 2016 Olympic regatta on schedule on Saturday, in spite of the postponement of all today’s scheduled races in conditions described as “horrible” by Sir Steve Redgrave, the five-time Olympic rowing gold medallist.

“We are old and experienced at staging regattas and getting in racing,” said Matt Smith, the Federation’s executive director.

“We have a lot of tricks up our sleeve.

“There could be two rounds on the same day.

“Sunday morning is reserved for us [if necessary]."

Smith’s comments came at a media conference at the sport’s picturesque venue opposite the Flamengo football stadium after racing was postponed for the day owing to “technical installation difficulties caused by the strong winds and the forecast for the afternoon”.

He explained that officials had found “very, very difficult” conditions pertaining at 6am; crews dispatched for training had suffered “a couple of capsizes”.

There was also a technical issue, since the wind was “above anything normally expected for the cables in the [lane] buoy system”, causing them to sway away from a straight line.

Smith underlined, however, that the course was built to World Rowing’s specifications: “I am not blaming at all the companies providing the cabling system; they did what they were asked to do.”

Sir Steve, who is presenting the BBC’s coverage, was reported to have said that the Lagoa, though picturesque, was “not very good rowing water”.

He continued: “It is fun to watch people struggle but when you get to the finals you want the best, fastest athletes.

“It is horrible out there.

“I have spoken to some of our top athletes and they are saying that it is a bit of a joke.”

World Rowing President Jean-Christophe Rolland, acknowledged to insidethegames some disappointment that rowers might be faced with less than perfect conditions for races representing the pinnacle of their careers.

He said the body had three priorities: 1) safety; 2) fairness and 3) are conditions rowable.

It was also announced here that spectators attending today’s non-event would receive a full refund.

Smith said he understood that “quite a few” tickets were available for Monday.