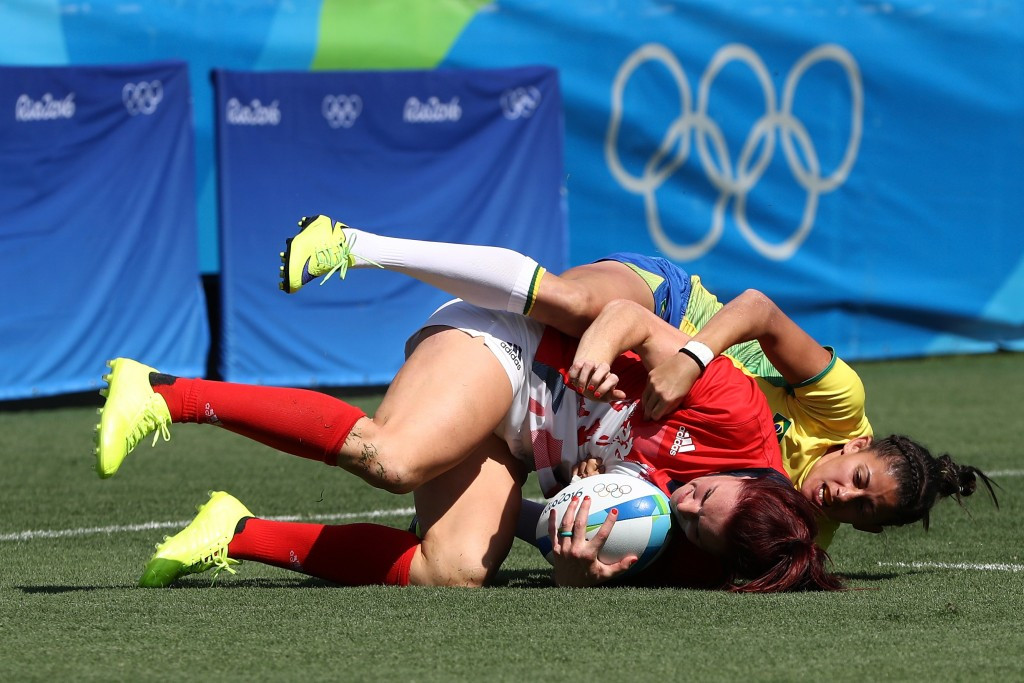 Rugby has made a successful, but fairly low-key, return to the Olympic stage after more than nine decades.

With the South American sun high in the sky beating down on her red-shirted shoulders, it fell to Spain’s Patricia Garcia to end the sport’s Olympic exile with a precise drop-kick into opponents France’s half.

Les Bleues turned out to be much too strong for their European rivals, however, running out 24-7 victors, with the impressive Camille Grassineau registering the first try of this new Olympic era.

Sadly, there were only around 600 spectators in the Deodoro Stadium to witness this slice of Olympic history being made.

Clearly, empty seats are going to be a problem for many sports in this first week of competition, although the crowd built as the opening session went on, with the stadium around 40 per cent full as hosts Brazil flattered to deceive before being comprehensively beaten by Great Britain.

World Rugby chief executive Brett Gosper looked on the bright side, as he is entitled to on such a historic day, telling insidethegeames; "Today is a historic moment for rugby and for the Olympic Games and we are excited and proud to be back on sport's greatest stage.

"We've seen some superb rugby sevens today, showcasing our top women's players to new audiences worldwide, which should not be underestimated.

"The fans have been fantastic - all really getting into it and behind all the teams.

“The crowd built throughout the first session and I am sure it will continue to do so as the action and atmosphere has been superb."

The marquee match of the first session pitted the United States against Fiji, whose tradition of sevens rugby is second to none, with the Pacific islanders running out 12-7 winners in a hard-hitting encounter.

It was fitting that former World Rugby President Bernard Lapasset, who piloted the sport’s successful bid to return to the Games in sevens guise, was on hand at the venue to witness the consummation of his work.

Things worked fairly smoothly behind the scenes, although some commentators were suffering in the sun through a full round of six pool matches with little shade available, and the official scoreboard appeared erroneously to credit France’s Marjorie Mayans with the historic first try.

The last Olympic rugby day was Sunday May 18 in 1924 at the Stade de Colombes in Paris, when defending champions the United States defeated France in the gold medal match.

Read David Owen; Free prophylactics, guns and a drop kick that made history.