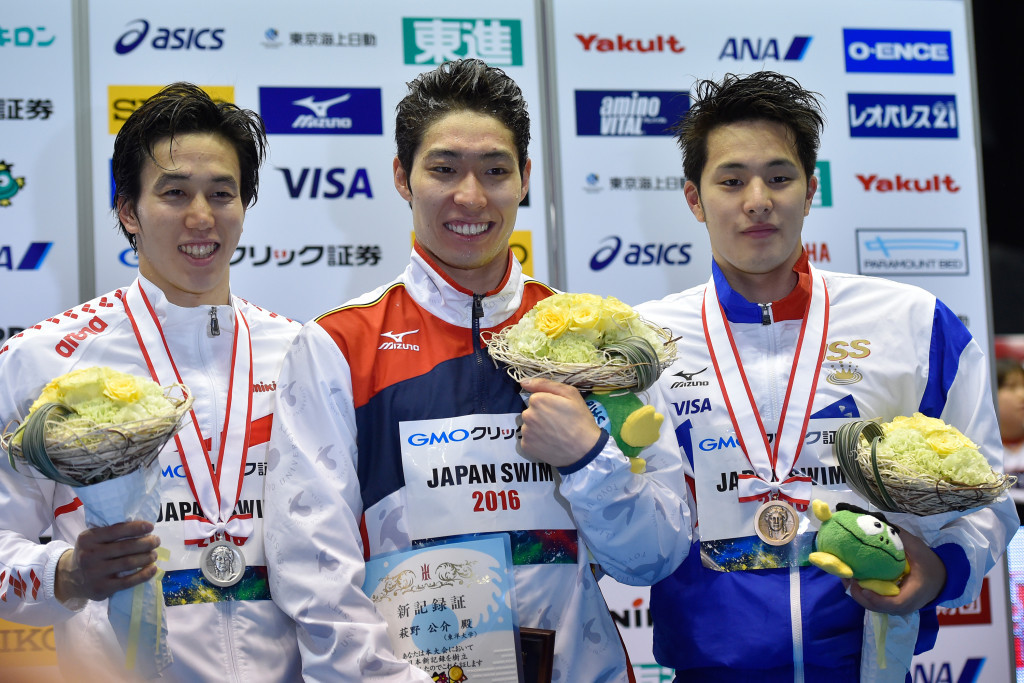 The US record of five consecutive wins in the men’s 400m individual medley is under extreme pressure from the Japanese pair of Kosuke Hagino and Daiya Seto as the Rio 2016 swimming programme gets underway tomorrow.

Hagino, who took bronze at the London 2012 Games, is the only medallist returning for Rio.

With the London 2012 Ryan Lochte having failed to qualify for the men’s 400m individual medley, the task of extending the US winning streak falls to American Chase Kalisz, winner of the US trials.

But it will be a tall order.

Mack Horton, the second fastest Australian of all time over 400m freestyle behind Ian Thorpe, looks a likely winner in Rio.

Horton won five golds at the 2013 World Junior Championships and has the fastest time of the year, 3min 41.65sec.

But there are eight men already under 3.45 this year so the Australian will not have anything easy.

Horton, however, has recovered from the health problems which hindered his progress at last year’s world championships in Kazan, when he was suffering from a parasitic bug which caused him to lost 10lb and he finished 11th.

Horton’s team-mate David McKeon is also a medal contender, but the strongest challenge looks likely to come from China’s defending champion Sun Yang, who was also winner of the last two world titles.

Sun tested positive in 2014 and was dropped by his Australian coach, Dennis Cotterell, being told he was unwelcome to train there.

But this season he has swum 3:43.55, second fastest behind Horton.

Also in Rio after a doping ban is Park Tae Hwan, the 2008 champion and London 2012 silver medallist.

The 26-year-old South Korean tested positive for testosterone in 2014 and served an 18-month ban.

He was initially ruled out of the Rio Olympics due to an additional three-year suspension placed on him by the Korean Olympic Committee, but that was overturned on appeal to the Court of Arbitration for Sport (CAS).

Park was out of competition until June, but has since shown he is back as a medal contender.

Shewin has been severely out of form recently, and was only selected for this event at the last minute.

The Hungarian’s likely challengers appear to be Maya Dirado and Elizabeth Beisel of the United States, and Mireia Belmonte of Spain.

In the women’s 4x100m freestyle relay Australia have their eye on the world record set by their quartet in the London 2012 Games.

Their team includes Cate Campbell, who broke the individual world record by a hundredth of a second a month before the Games.

But The Netherlands, narrowly beaten in London four years ago, will be seeking revenge.

Meanwhile, London 2012 bronze medallists the United States look a good bet for another medal, possibly a better one.

Also reaching the semi-final stages will be the women’s 100m butterfly, where Sarah Sjostrom of Sweden has the five fastest ever times to her credit.