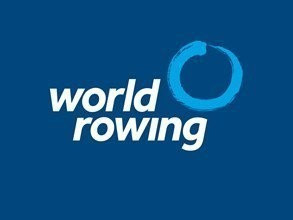 The International Rowing Federation (FISA) has announced it has begun the bid processes for a number of its major international events, including the 2020 and 2021 World Championships.

The sport’s worldwide global body is seeking hosts for several key competitions between 2019 and 2021, including three editions of the World Rowing Cup in 2019 and 2020.

They are calling for countries to put themselves forward for the junior and under-23 World Championships in 2019, as well as the Masters Regatta the following year.

Due to the fact that 2020 is an Olympic year, with the Games s toet be hosted in Tokyo, the Junior World Championships will be combined with the senior equivalent, according to FISA.

The World Rowing Championships, held on an annual basis, are considered the flagship event for the sport outside of the Olympic Games.

They are usually attended by around 1,200 athletes from up to 70 countries.

The World Rowing Cups series include three regattas spread throughout the season, which are designed to help athletes prepare for the World Championships.

As well as the worldwide competitions, FISA has launched the bid process for Europe’s continental events, including the 2019 Under-23 and Junior Championships.

The sport’s governing body are also seeking a city to stage the 2020 European Championships.

The hosts of the respective Continental Championships are scheduled to be revealed at the 2017 European National Rowing Federations General Assembly on 27 May in Racice in the Czech Republic.

Those interested in bidding for the events are invited to first request a bidding information form, before they submit a formal intention to bid in writing to FISA executive director Matt Smith by September 2.

Plovdiv in Bulgaria is scheduled to stage the 2018 World Rowing Championships and Linz-Ottensheim in Austria has been awarded the following year’s event beating its only rival.