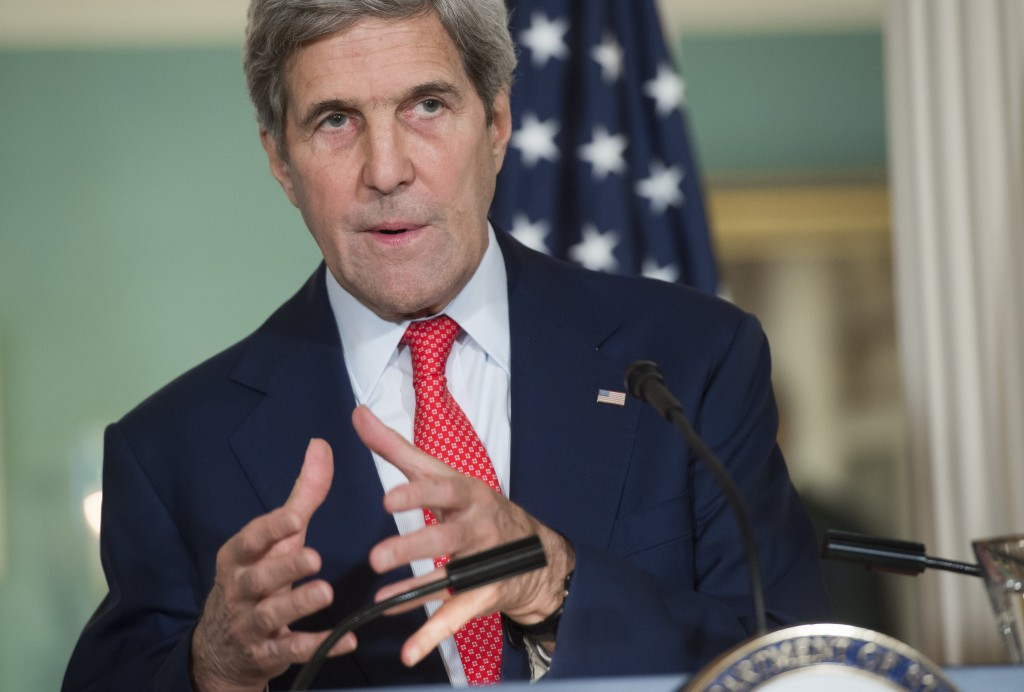 United States Secretary of State John Kerry has been confirmed as the head of country's Presidential delegation for the Olympic Games Opening Ceremony in Rio de Janeiro on Friday (August 5), with Barack Obama opting to stay away from the event.

Kerry will lead the group, which will meet with American athletes due to participate at Rio 2016, as well as attending sporting competitions and the Ceremony itself, due to be held at the iconic Maracanã stadium.

Obama also skipped the Sochi 2014 Opening Ceremony, claiming he did not want his presence to detract from the sporting competitions at the Winter Olympics two years ago.

First Lady Michelle Obama led the Presidential delegation for the London 2012 Opening Ceremony as Obama again decided not to travel.

The President has not attended a major Olympic event outside America since the International Olympic Committee eliminated Chicago in the first round of voting for the 2016 Games, despite Obama having made a special trip to Copenhagen be part of the American city's delegation at the final vote.

Russian President Vladimir Putin had already cancelled his plans to attend the Opening Ceremony with his country still at the centre of a row over doping.

A spokesperson for Putin told news agency TASS last month that Putin, whose relationship with IOC President Thomas Bach has been the subject of recent controversy after a state-sponsored doping scheme in the country was uncovered by Canadian lawyer Richard McLaren's report, "was not planning" a trip to Rio for the Opening Ceremony.

Mark Spitz, a nine-time Olympic swimming gold medallist, including a record seven at Munich 1972, has also been chosen to be part of the American Presidential presence.

Kerry is also expected to discreetly lobby on behalf of Los Angeles, who are bidding to host the 2024 Olympics and Paralympics.

Heads of State are traditionally asked to attend the Olympic Games curtain raiser but Brazilian media claimed last month that as little as 45 might be in attendance.

Impeached Brazilian President Dilma Rousseff snubbed an official invitation from organisers as she would have had to sit in close proximity to Michel Temer, the man who she claimed led a coup to get her removed from office.

Rousseff said she did not want to play "second fiddle" to Temer, who is currently serving as the interim President.