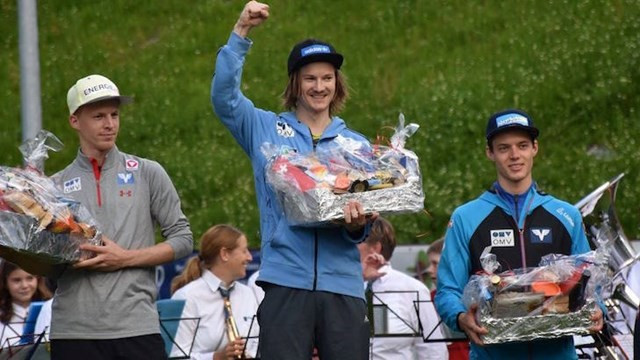 Norweigan Tom Hilde has become the first person to win a senior ski jumping event at the brand new Nordic Arena in Kandersteg.

The new venue in the Swiss town was officially opened this week with a two day celebration.

Various youth competitions were first held at the new training centre, that consists of three hills - HS 27, HS 72 and HS 108.

However, the highlight of the opening was the international competition on Monday (August 1) evening.

Close behind the winner was Austria's Michael Hayboeck, who came second with 103m and 100m jumps for 252.0 points.

Action took place in summer conditions due to the lack of snow in August.

The Nordic Arena in Kandersteg, a popular ski and tourism destination located in the Bern canton, was closed for the construction of three hills which has taken two years to complete. The facility will also serve as a training base for Swiss athletes.

It is also hoped the facility will begin to attract further international competitions, including stops on the International Ski Federation (FIS) Ski Jumping World Cup tour.