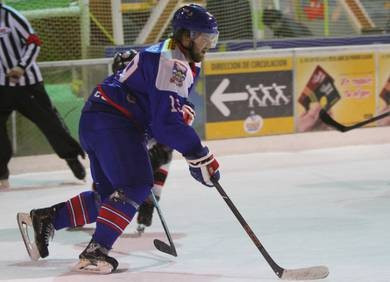 Ryan Bahl is aiming to become the first man to play an official ice hockey match on every continent, by creating a match in Antarctica.

He’s attempting to create the first "legitimate ice hockey game at the bottom of the world" and by doing so will become the first man to play the sport on all seven continents.

Bahl, originally from California, has already played in 14 countries on the remaining six continents.

"I’ve seen pictures of guys in Antarctica skating, stick-handling, playing with pucks and stuff, but we’re calling this an official game.

"So we need a proper rink - boards, clean ice, referees.

"We can’t be sure that it’s the first time hockey will be played on Antarctica but I think it will be the first ever official game."

A rink for the match will need to be shipped from Canada, which will take around 25,000 gallons of water.

“We’ll bring the rink down from Canada but we don’t want to take it back again,” Bahl added.

“Ideally we’ll find some way to make it sustainable so we can come back to Antarctica and play each year.

“We’d like to donate the rink to a community in this part of the world.

"Earlier in July we brought four youth teams to Chile, 75 people came over altogether from the islands, so it would be extremely awesome if we could get the rink to the Falklands.

"I think that will work out, and if we can make it a sustainable thing we’ll be able to take the rink down once a year and send it back to Antarctica for our game."

The match will also have an environmental message, it is hoped.

"But if we don’t protect our environment, future generations may not have the same opportunities to play outdoors.

"Even here, when I came this time last year we had a foot of snow everywhere and it was white wherever you looked.