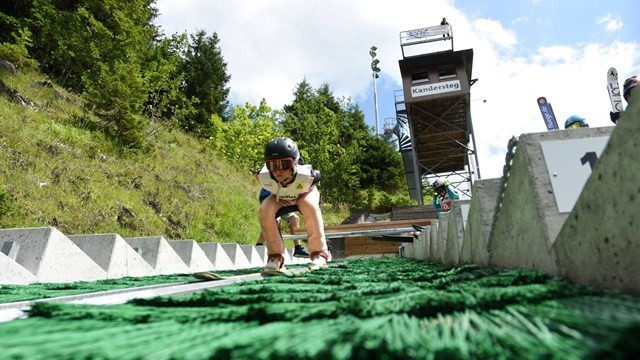 The Nordic Arena in Kandersteg in Switzerland, has opened its doors for the first time and held its opening international competitions in both ski jumping and Nordic combined.

Although the official international opening event of the normal hill is taking place today, young athletes had the chance to test the smaller K24 and K66 hills.

Because of a lack of snow, Nordic Combined events ended with a cross-country run at a facility which took two-years to construct.

In the Nordic Combined, Mathis Czekala of Switzerland won the under-13 category on the smaller hill.

Czekala was already ahead after the jumping stage and defended his position in the one kilometre cross-country run.

He crossed the finish line ahead of Swiss duo Nicolas Panzinz and Marco Bertsch.

In the ladies’ under-13 category, the victory went to Alena Czekala of Switzerland who finished 17.4 sec ahead of runner-up and compatriot Julia Biffi.

Norway's Sebastian Østvold took first place in the under-16 category.

After ranking fourth in the ski jumping on the K66 hill, Østvold worked his way to the front of the field in the 3km cross-country run and finally took the win 21.3 seconds ahead of Pascal Müller of Switzerland and his brother Benjamin.

In the junior men's category, Switzerland's Luca Von Grünigen was the victor.

The third position was held by Sandro Hauswirth of Switzerland who was almost a minute behind Von Grünigen.