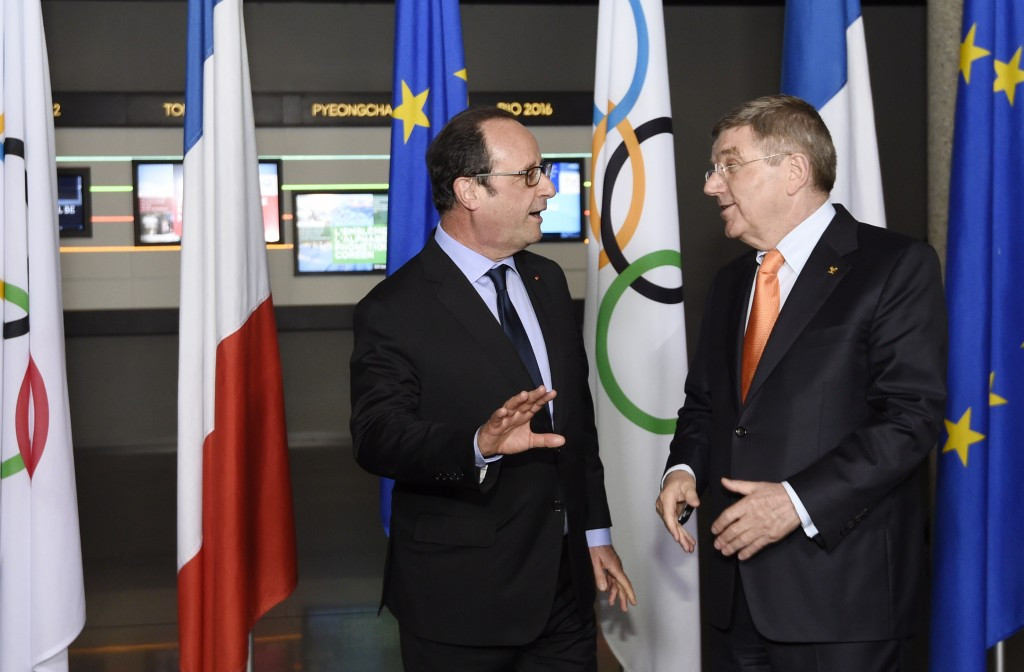 François Hollande, the French President, is expected to meet his International Olympic Committee (IOC) counterpart Thomas Bach on the morning of the Olympic Games Opening Ceremony here next Friday (August 5).

The morning meeting, flagged today by French media, is likely to be used to underline French Government support for Paris’s 2024 Olympic and Paralympic bid after a period when the country has found itself subject to a harrowing series of terrorist attacks.

Hollande - who faces an election next year, a few months before the IOC is scheduled to decide between Paris, Budapest, Los Angeles and Rome at its Session in Lima on September 13 next year - is also expected to participate in Paris 2024’s allotted Rio media conference and to attend the ceremony itself at the famous Maracanã Stadium.

According to the website Francs Jeux.com, the French President’s Brazilian trip will begin on Thursday (August 4) with lunch in the Olympic Village with French team members.

The visit will also include meetings with IOC members and attendance at the reception in honour of visiting dignitaries to be given by Michel Temer, Brazil’s interim President.