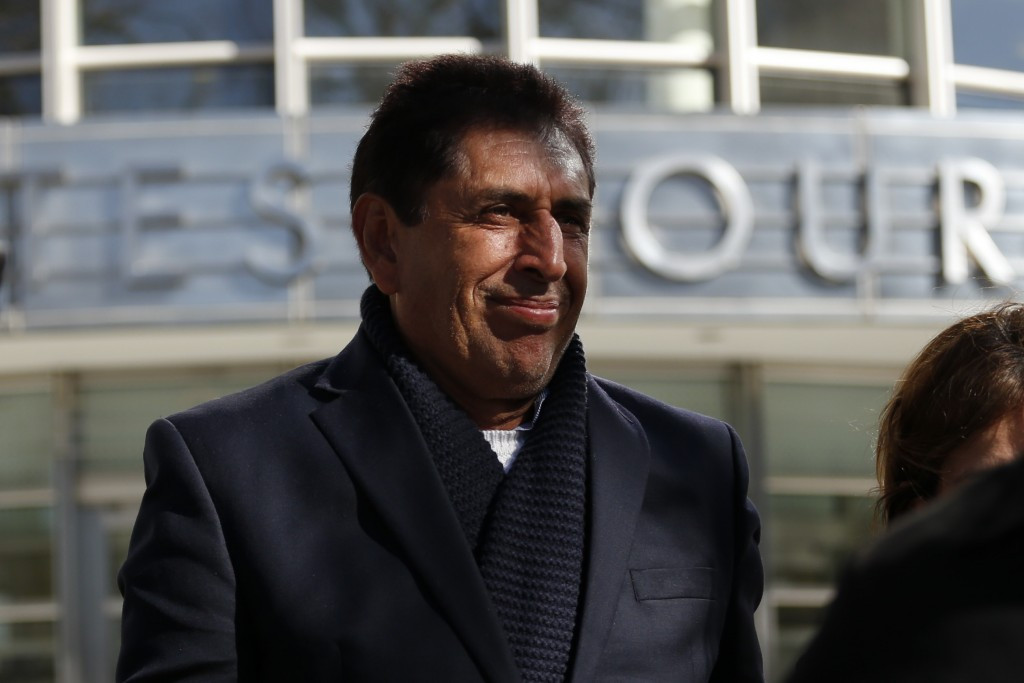 Former Guatemalan Football Federation (GFF) President Brayan Jimenez is facing a lengthy period behind bars after he pleaded guilty to racketeering and wire fraud in connection with the ongoing investigation into corruption within the sport.

Jimenez, who led the GFF from 2010 until last year, could be given 20 years in prison for each count.

The 62-year-old entered his plea at the Federal District Court in Brooklyn.

A date for his sentencing has not yet been set.

He was found to have accepted hundreds of thousands of dollars in bribes from Florida-based company Media World relating to the marketing and media rights for his country’s FIFA World Cup qualifiers for the 2018 and 2022 tournaments in Russia and Qatar respectively.

According to prosecutors in the United States, Jimenez and former GFF secretary general Héctor Trujillo negotiated and received a "six-figure" bribe for the rights.

Jimenez, who was detained in an intoxicated state in January after a month on the run, had initially pleaded not guilty to the charges against him, which included corruption, money laundering, fraud and embezzlement.

He had significantly changed his appearance from the last time he was seen in public when he was arrested in Guatemala City.

Jimenez was photographed with grey hair and a beard when he previously had black hair and was clean shaven.

The former FIFA Committee for Fair Play and Social Responsibility member was then extradited to the US in March and was kept under house arrest.

Jimenez was among 16 officials indicted by the United States Department of Justice in Zurich in December of last year following a request from American authorities as part of a widespread probe into criminal wrongdoing within world football’s governing body.

Trujillo, his former number two who was also named on the list of 16 footballing executives, pleaded not guilty to corruption charges in January.

He was arrested while on a Walt Disney cruise ship in December.

Trujillo was taken into custody by the Federal Bureau of Investigation when the ship he was on docked in Port Canaveral, Florida and was subsequently released on a $4 million (£3 million/€3.6 million) bond two days after pleading not guilty.

Prosecutors in New York City have indicted 40 sports and marketing officials and more than a third have now admitted the charges against them.