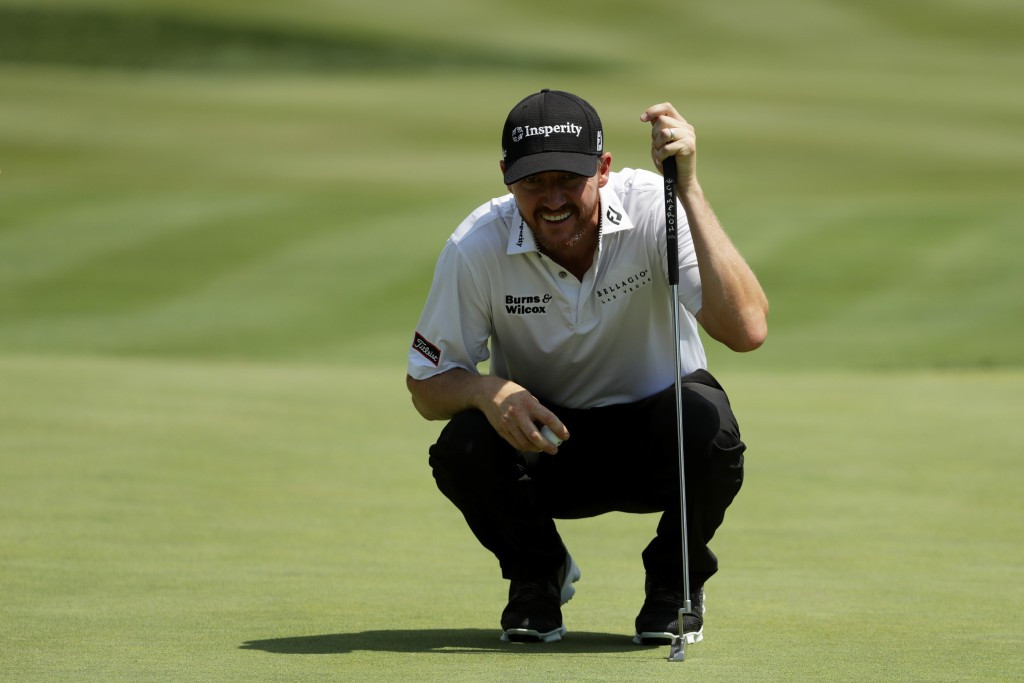 American Jimmy Walker holds the clubhouse lead after carding an opening round of 65 during the first round of the PGA Championship at Baltusrol in New Jersey.

The 37-year-old, who missed the cut at the Open Championship earlier this month, shot a one under par front nine.

It was the second half of his round which propelled the American to the top of the standings.

Walker achieved four birdies in his final six holes, with the streak seeing him finish the first day of action on five-under-par.

"The whole purpose and the goal in being here is to win,” Walker told Skysports afterwards.

"I feel like I've prepared and I'm ready to go this week, it's nice that that's what showed today.

“Winning a major is huge, three more days to go."

Germany’s Martin Kaymer, the 2010 champion, lies a shot adrift of the American after saving par on the 18th as one of the later starters.

He is joined on four-under-par by Argentina’s Emiliano Grillo and England’s Ross Fisher.

Sweden’s Henrik Stenson, fresh from winning his first major at the Open Championship at Royal Troon earlier this month, carded a round of 67 to end on three-under-par.

Americans James Hahn and Harris English are level with the Swede, along with England’s Andy Sullivan,

World number one Jason Day of Australia is one of 12 players who are a further shot back.

Dustin Johnson, the pre-tournament favourite, endured a difficult day of action as the American finished 12 shots adrift of Walker on seven-over-par.

While he had a better day than Johnson, 2012 and 2014 winner Rory McIlroy of Northern Ireland is still some way adrift on four-over-par.