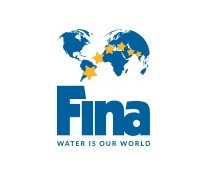 Seven Russian athletes have been banned from competing at next month’s Olympic Games by the International Swimming Federation (FINA) in the wake of the International Olympic Committee’s decision not to impose a blanket ban on the nation.

Yuliya Efimova, the 100 metres breaststroke world champion who harboured strong hopes of winning a medal at Rio 2016, has been included on the list as a result of the IOC banning athletes from the scandal-hit country who had previously served a drugs ban.

The 24-year-old served a 15-month suspension in 2014 after testing positive for the anabolic steroid dehydroepiandrosterone (DHEA) and was implicated in the meldonium scandal earlier this year before her provisional ban was lifted.

Efimova's agent has declared she will appeal her ban from Rio to the Court of Arbitration for Sport, who have ruled twice previously that lifetime bans for a single doping offence are unlawful.

Along with Efimova, Mikhail Dovgalyuk, Natalia Lovtcova and marathon swimmer Anastasia Krapivina have also been prohibited from representing Russia at the Olympics.

FINA have become the first International Federation (IF) to release the athletes who were named as part of Richard McLaren’s damning report, announced last week, which uncovered the presence of a state-sponsored doping scheme at Sochi 2014 and other major events, such as the 2013 World Athletics Championships and swimming’s equivalent two years’ later in Kazan.

The IOC ruled that any competitor who featured in the report concerning what McLaren described as “disappearing positives” - positive doping samples switched for clean ones – would not be eligible to compete at Rio 2016.

As a result, 2008 Olympic silver and 2012 bronze medalist Nikita Lobintsev, Vladimir Morozov and Daria Ustinova have all been banned from the Olympics.

Russian Swimming Federation (RSF) head coach Sergei Kolmogorov told news agency TASS that Lobintsev and Morozov have never failed a test and should therefore be cleared to represent their country in Rio.

"We have never had any doping violations," he said.

"Morozov is absolutely clean, Lobintsev tested positive for meldonium but its concentration was lower than the threshold level and thus, no decisions about his provisional ban were made."

In a statement, FINA also said they would retest samples of Russian athletes who participated at the 2015 World Championships in Kazan, one of the events mentioned in McLaren’s report.

The worldwide governing body believe McLaren’s findings “clearly establish that the anti-doping rules were not properly applied and notably that a number of samples collected from swimmers were not correctly reported in accordance with FINA DC Rules”.

FINA has established an “ad-hoc committee” which will “have to investigate” the report and the involvement of the RSF, they said.

They have declared their support for the IOC’s controversial decision, which left the extent of participation of Russian athletes at the Games in the hands of the IFs.

“FINA acknowledges and supports the IOC’s position in respect of the participation of clean Russian athletes to the Olympic Games in Rio,” FINA’s statement read.

“The WADA Independent Person (“McLaren”) report has shown that anti-doping rules, i.e. the FINA Doping Control (DC) Rules and the WADA Code were not correctly implemented in Russia, i.e. within the jurisdiction of the Russian Swimming Federation.”