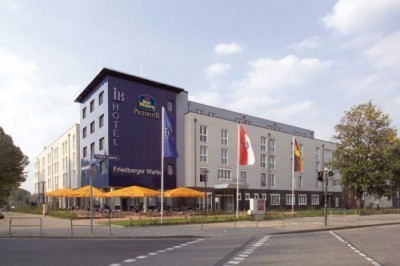 Best Western Premier IB Hotel Friedberger Warte will stage the four-day event, which is scheduled to take place from November 12 to 15.

All IWRF member nations in good standing are being encouraged to send voting delegates to the General Assembly.

Non-member countries and all other interested parties are welcome to attend, but will not have voting rights.

Business to be conducted at the General Assembly includes elections of the Board of Directors for treasurer and two members to "large positions".

The general business of the IWRF and the sport will be dealt with as well.

Member countries have until September 14 to register and to submit their nomination and motion forms for the meeting.

Wheelchair rugby is one of 23 sports that will feature on the Rio 2016 Paralympic Games programme with Australia looking to defend the title they won at London 2012.

World number one side United States headline Pool B in which they are joined by France, Japan and Sweden.

Group matches will be played between September 14 and 16 before the knock-out phase begins on September 17.

The gold medal and bronze medal contests will conclude the tournament on September 18.

Matches in Rio de Janeiro will be held at the Carioca Arena 1 venue.