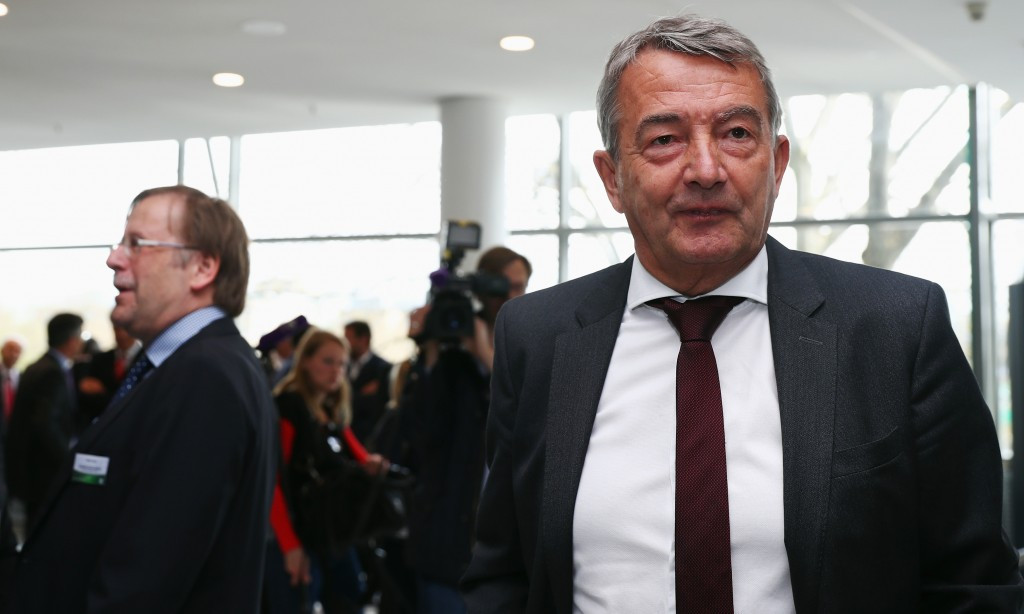 FIFA Council member Wolfsgang Niersbach has been banned for a year by the Ethics Committee for failing to report possible misconduct as part of an investigation into the 2006 World Cup in Germany.

Niersbach, who is also part of the UEFA Executive Committee and was vice-president of the Organising Committee for the tournament, has been excluded from all footballing activities as a result of the decision by the Adjudicatory Chamber.

The 65-year-old was found guilty of two breaches of the ethics code - duty of disclosure, cooperation and reporting and conflict of interest.

The Ethics Committee ruled that Niersbach declined "to report findings about possible misconduct concerning the awarding of the 2006 FIFA World Cup, including potential breaches of the FIFA Code of Ethics".

The Investigatory Chamber had recommended Niersbach be banned for two years.

Niersbach, who resigned from his role as the head of the German Football Association (DFB) in November of last year, was being investigated along with Franz Beckenbauer as part of a wider probe by FIFA into how Germany secured the rights to the 2006 edition of its flagship quadrennial competition.

World football's governing body began an investigation in March of this year concerning the bid process which led to the European nation being awarded the event in July 2000.

It followed a series of corruption allegations against Beckenbauer, the former Germany international who won the World Cup as a player in 1974 and as a manager in 1990, after a report into the accusations by a leading law firm uncovered suspicious payments he allegedly made to banned former FIFA vice-president Mohammed bin Hammam.

The decision from FIFA came after an independent report into allegations of corruption with the European nation's successful attempt to stage the tournament, commissioned by the DFB and conducted by Freshfields Bruckhaus Deringer.

The report found no clear evidence that votes were bought but also suggested the possibility cannot be ruled out due to the amount of files and documents that could not be obtained.

German magazine Der Spiegel  claimed in October of last year that a slush fund of €6.7 million (£5.6 million/$7.4 million) was set up in order to bribe members of FIFA’s ruling Executive Committee in the 2006 World Cup bid race.

Freshfields, who looked at over 128,000 electronic documents, said some of the files they wanted to see “could not be found”, including one entitled “FIFA 2000”.

The file was taken out of the DFB archives by a colleague of Niersbach in June 2015 and has now disappeared, it is claimed.