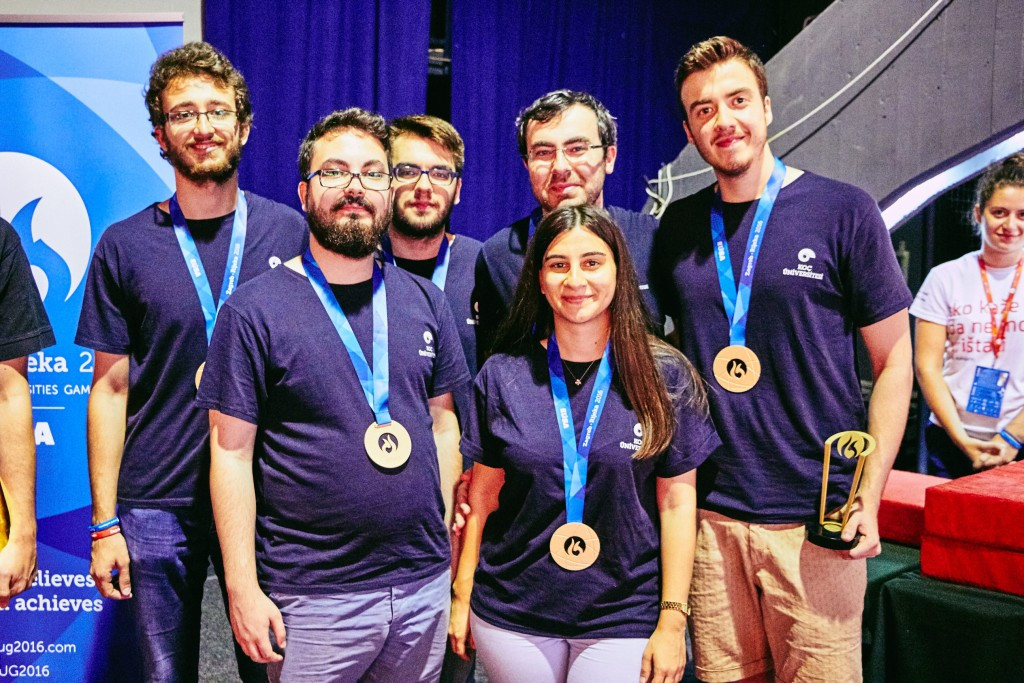 The University of Potsdam has won the bridge gold medal at the European Universities Games (EUG) in Croatia, fending off nearest challengers Charles University at Zagreb’s Pauk Hall.

The German team triumphed with a total of 263.35 points, 30.9 more than their Czech rivals.

Koc University in Turkey took the bronze medal with 227.24 points.

Hosts the University of Zagreb failed to make the podium, despite having three teams involved in the competition.

Following the first round, which was held in a round-robin format, the first three positions were occupied by the eventual medal winners.

The second round had no effect on the final ranking.

Tihana Brkljačić, the technical delegate for bridge at the EUG, was satisfied with how the competition went.

"There were no problems at the competition," she said.

"Everything went smoothly and those who won the medals, of course, are the happiest."

In the mixed team badminton final, Uludag University in Turkey beat the University of Strasbourg in France 3-2.

Third place was shared by the Erzincan University in Turkey and the University of Rouen in France.

Action in Croatia is due to continue tomorrow.