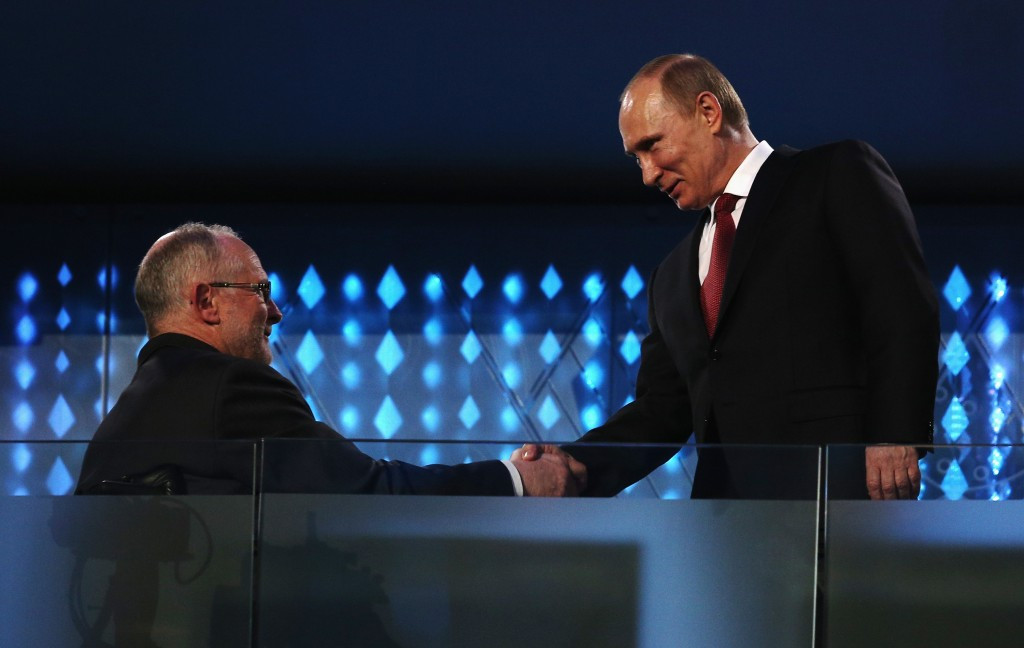 Russia could miss the Rio 2016 Paralympic Games after the International Paralympic Committee (IPC) opened suspension proceedings against the country today.

The IPC Governing Board made the move following a teleconference earlier today, where they ruled that the Russian National Paralympic Committee (NPC) had failed to fulfil its IPC membership "responsibilities and obligations".

A key reason for the suspension proceedings being opened, according to the IPC, was that the Russian NPC appears "unable or unwilling to ensure compliance with and the enforcement of the IPC’s Anti-Doping Code", which the organisation claimed was vital to ensuring that athletes are able to compete on a level playing field.

Disciplinary proceedings will be taken in line with the IPC's suspension policy, which will allow the Russian NPC to present their case.

Should they be suspended, Russia would have 21 days to appeal the decision.

The Rio 2016 Paralympics are due to begin on September 7.

Russia finished second on the medals table at the London 2012 Paralympic Games, ending with 36 gold, 38 silver and 28 bronze medals.

In Sochi they dominated the standings, winning 80 medals, 55 more than Ukraine, who had the second biggest haul, managed.

“With regard to NPC Russia, we have started proceedings to consider the suspension of their membership of the IPC," said Sir Philip Craven, IPC President.

"This decision was not taken lightly, but after fully evaluating the McLaren Report and the additional information we have received, the IPC believes that the current environment in Russian sport - which stems from the highest levels - is such that NPC Russia appears unable to fulfil its IPC membership obligations in full.

“Before making a decision, NPC Russia will have an opportunity to present its case to the IPC.

“In addition, the IPC is continuing to explore a host of other measures and actions in order to take the strongest possible steps to protect the integrity of Paralympic sport.”

The possible suspension of the Russian NPC comes just a day after the Court of Arbitration for Sport upheld the International Association of Athletics Federations' (IAAF) decision to suspend Russian athletes from the Rio 2016 Olympic Games.

The latest move also comes just two days before the International Olympic Committee are due to rule on whether to introduce a blanket ban on Russian athletes.

McLaren’s report into alleged state-sponsored doping during Sochi, as well as in competitions in summer sports, claimed that 35 disappearing positive samples from the Moscow laboratory had involved athletes at the Paralympic Games.

“The IPC would like to sincerely thank Richard McLaren for his report which was delivered against an incredibly tight timeline and for the swift turnaround of the additional information we requested from him on Monday," said Craven.

"We fully support his request to continue and finalise his work.

“The report revealed an unimaginable scale of institutionalised doping in Russian sport that was orchestrated at the highest level.

"McLaren’s findings are of serious concern for everyone committed to clean and honest sport.

“The additional information we have been provided with by Richard McLaren includes the names of the Para athletes associated with the 35 disappearing positive samples from the Moscow laboratory highlighted in the report.

"We are also urgently following up on Mr McLaren’s recommendation for 19 samples from the Sochi 2014 Paralympic Games to be sent for further analysis, having been identified as part of the sample swapping regime in place during the Games.”