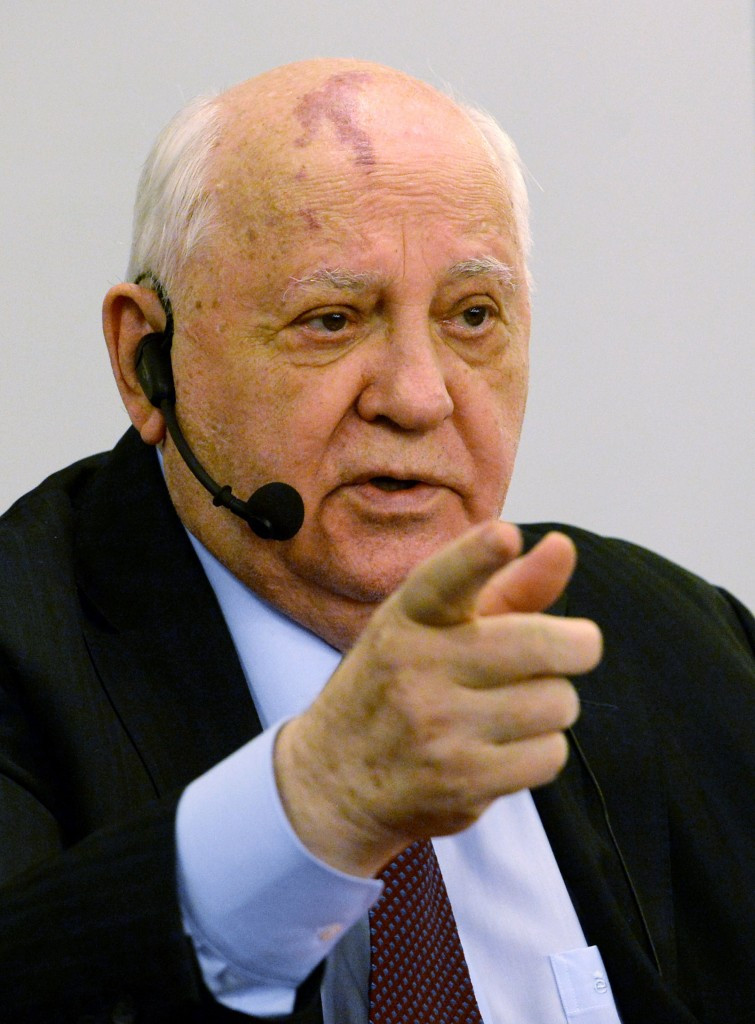 The 85-year-old, who was President of his country from 1990 until the Soviet Union's dissolution a year later, said collective punishment was "unacceptable" for him.

Bach's IOC will meet on Sunday (July 24) to decide whether to enforce a complete Rio ban on Russia - across all sports - due to widespread doping offences.

This followed revelations of systemic cheating in athletics which has already led to Russia's track and field team being barred from Rio.

They also claim that clean athletes will be the innocent victims of any collective ban.

"I am appealing to you to take my view into consideration when making a decision on the admission of Russian athletes to compete in the Olympic Games in Rio de Janeiro," Gorbachev said in his letter to Bach.

"I support the fight against prohibited substances in sport.

"It is an evil that must be eradicated.

"Those athletes who are proven to have doped should be banned from competitions.

"I am deeply worried by the fact that there also were Russian citizens among officials and athletes who used doping and falsification for the sake of victory at any price.

"Serious conclusions should be made on this.

"It is necessary to conduct a thorough investigation, punish the perpetrators and take measures to prevent anything similar in the future.

"I am confident that this will be done.

"At the same time, I am concerned and deeply saddened by the possibility that in case all Russian athletes are banned from competing in the Olympic Games, the innocent will be punished together with the guilty.

"The principle of collective punishment is unacceptable for me.

"I am convinced that it contradicts the very culture of the Olympic movement based on universal values, humanism and principles of law.

"I hope that you will carefully regard these arguments and make a fair decision."

Vladimir Putin, the current President of Russia, has suggested that the Russian Olympic Committee establish an independent anti-doping commission.

"We will waste no time to set up this commission, even before our athletes leave for the Olympic Games," Russia's honourary IOC member Vitaly Smirnov said to TASS.