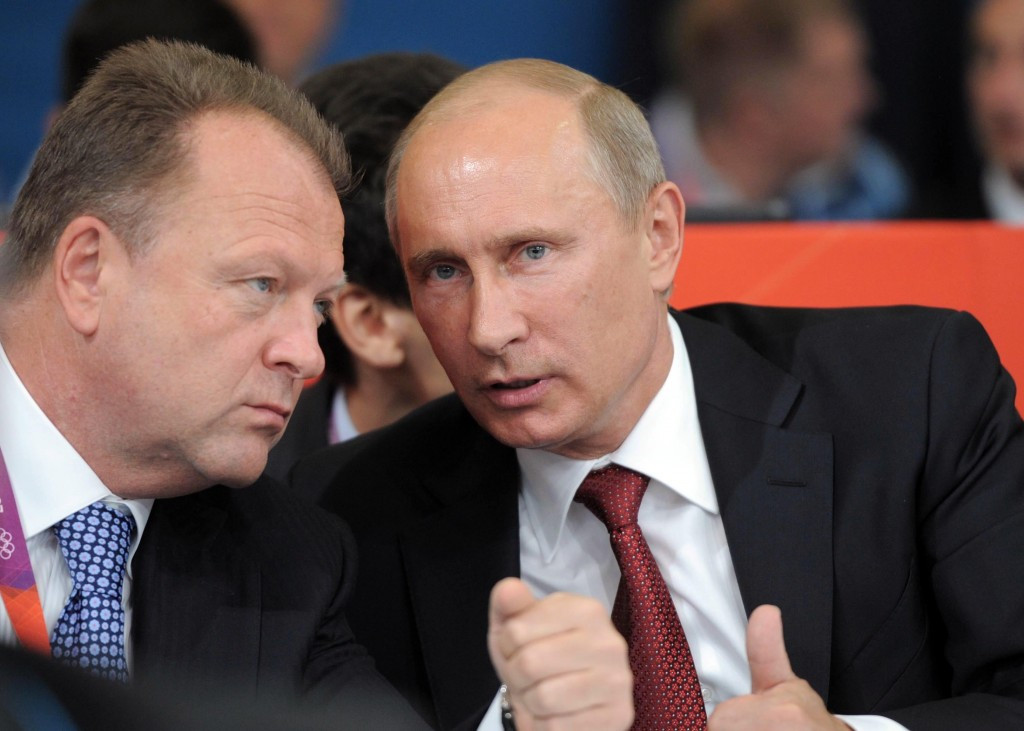 In a show of solidarity with the under-fire Russians, Vizer said his sport was against the blanket ban of the country from the Rio 2016 Olympics which many have called for.

The International Olympic Committee (IOC) is currently exploring legal avenues for a possible total ban, following the devastating revelations which surfaced in the McLaren Report on Monday (July 18).

Released in Toronto, the report outlined a state-sponsored Russian doping scheme at their home Winter Olympics in Sochi in 2014 and also indicated cheating in a string of summer sports.

Russia had already been banned by the International Association of Athletics Federations (IAAF) after a previous World Anti-Doping Agency (WADA) report, with an appeal against this sanction thrown out by the Court of Arbitration for Sport today.

Many in the country believe that Russia has been the victim of a political witch-hunt, while it has been pointed out that clean athletes will be the collateral damage of any collective ban.

Vizer, the former SportAccord President and a friend of Russian President Vladimir Putin who is an honourary President of the IJF, has taken this view.

However, his decision to compare the situation to the Cold War - the period of political tension between western superpower the United States and the-then Soviet Union throughout the second half of the 20th century - may raise some eyebrows.

"Following the publication of the McLaren Report, as well as the latest developments in the world of sports, we would like to express our support for all the Russian athletes who were not involved in doping activities," Vizer said in a statement released today.

"We support all these clean athletes and we hope that they will be present in the Olympic Games of Rio de Janeiro 2016.

"From a Judo perspective, the presence of Russian athletes is very important, as the Russian Judo Federation is a prominent member of the International Judo Federation, with a notable contribution to the development of judo, Russian judo playing a great role in the history of our sport.

"We believe that the Olympic Games should give a message of unity and solidarity, to all the athletes and all the people of the world.

"We hope that by allowing participation of Russian athletes in Rio 2016, we will send out a positive message to all the young people who deserve to be given examples of friendship instead of examples of Cold War."

Vizer's words are interesting as the IOC, which is due to rule on a possible total ban on Sunday (July 24), may yet defer decisions on whether to ban Russia back to individual Federations.

He has proven to be a controversial figure in the past, and notably clashed with IOC President Thomas Bach - who will decide on the Russian ban - in 2015.

He used his opening speech at SportAccord's General Assembly in Sochi to accuse Bach of trying to block projects he had tried to introduce, and criticised the launch of the Olympic TV Channel as a "waste of money".

He also accused the IOC of lack of transparency and claimed that Agenda 2020 had brought "hardly any benefit" to sport.

In May, the row ended with Vizer's resignation as SportAccord President after numerous Federations withdrew from the umbrella body due to his comments.

Other governing bodies have echoed the IJF's call for a no blanket ban.

The International Basketball Federation have also seemingly ruled out any action.

World Sailing have said they will review the accusations made in the report “as a matter of priority”, but claim to have not been made aware of any positive tests for Russian athletes alleged in the report.

The Association of Summer Olympic International Federations (ASOIF) has hinted its opposition to a blanket ban on Russian athletes competing at Rio 2016 after they stressed the need for “individual justice”.

However, the umbrella organisation said yesterday that they would respect the stances of all their 28 members “including those that take into account collective responsibility of organisations under the IF governance”.