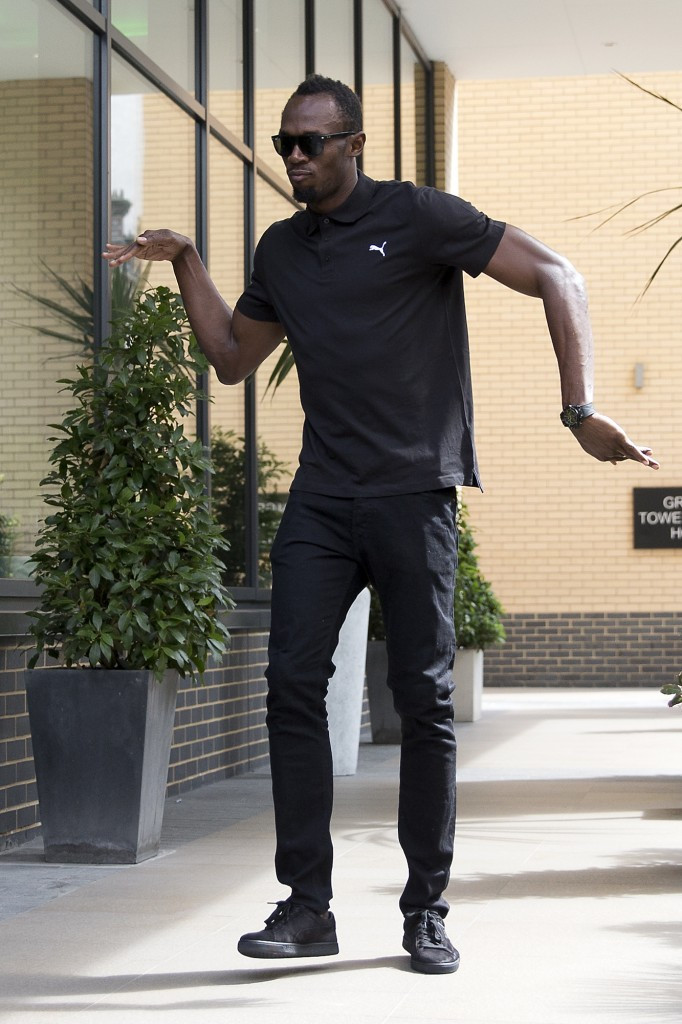 Usain Bolt’s last race before he defends his Olympic 100 and 200 metre titles in Rio will be the high point of interest at the two-day International Association of Athletics Federations (IAAF) London Diamond League meeting which starts tomorrow.

In the stadium where he successfully defended both his individual Olympic titles in 2012, the 29-year-old Jamaican will seek a victory in tomorrow’s 200m at the Muller Anniversary Games that will reassure him of his ability to mount another successful defence at next month’s Rio Games.

It comes after he had to pull out of the Jamaican trials three weeks ago because of a hamstring problem.

London provided similar morale-boosting this time last year when Bolt, whose season had been seriously undermined by a foot injury, arrived without a sub 20 second 200m or a sub 10 second 100m to his name all season.

Victory in his 100m heat and final in London, each time in 9.87, offered him the evidence he required that he could retain his world 100 and 200m titles in Beijing, even though it was not until the semi-finals that he broke 20sec for the 200m before he went on to win in the fastest 2015 time of 19.55.

“I need a 200m at this point,” Bolt told a press conference today as he contemplated what will be only his sixth competitive race of the year against a field which includes Britain's 2014 European champion Adam Gemili.

“I’m really disappointed I didn’t get to run in the trials, but I am very excited to be running here.

“London is special for me - I love the energy of the crowd."

Bolt said his hamstring problem had been a strain, rather than a tear, and that it had responded well to treatment from the German doctor who has been monitoring his severe back problems over recent years, Hans Muller-Wohlfardt.

“If I had competed I probably would have torn my hamstring really bad, so I made the right decision," he said.

“I was in pretty good shape before I had to pull out of the trials so I’m not really worried.

“I want to run a fast time tomorrow and put on a show for the whole world to see.

“I’m really excited about running in my final Olympics.

“Rio is where I need to make my big mark and I am looking forward to it.

“I’ve had a slight setback this year but the good thing is I got my season off to a good start, I got some races in, so it’s not as bad a last season.

“My body is feeling good so I am ready for Rio.”

The women’s 100m offers Bolt’s fellow Jamaican Olympic champion Shelly-Ann Fraser-Pryce the chance to show that she has regained form and fitness following a troubled build-up this season.

Britain’s Mo Farah will also get an excellent gauge on his form heading into Rio as he runs over 5000m in what will be the final event of Saturday’s programme.

Farah runs the 5000m on this track for the first time since he claimed his second Olympic gold four years ago.

He’s already clocked the second-fastest 10,000m time in the world this year and he broke the British record for 3000m at the IAAF Diamond League meeting in Birmingham on June 5.

The top Ethiopians are all absent from this field, but Farah faces opposition from Kenyan duo Edwin Soi and Bethwell Birgen, plus 41-year-old US athlete Bernard Lagat, who fine-tunes his preparations for a fifth Olympic Games.

Renaud Lavillenie, France’s Olympic pole vault champion, said: “The stadium has been good to me; I’ve jumped 5.97m and 6.03m here before.

“For tomorrow I’m anticipating good weather to try and jump well once again, the performance will be great preparation for Rio.”

Kendra Harrison of the United States, who ran 12.24 for the 100m hurdles earlier this year, the second best time ever seen, is still getting over failing to qualify for Rio at the US trials.

“I feel like I’m in good shape at the moment but I was obviously disappointed to not make the Olympic team, which was my goal,” she said.

“But I can’t just stop my season; I’ll be going for the world record this season and getting as many Diamond League points as possible.”