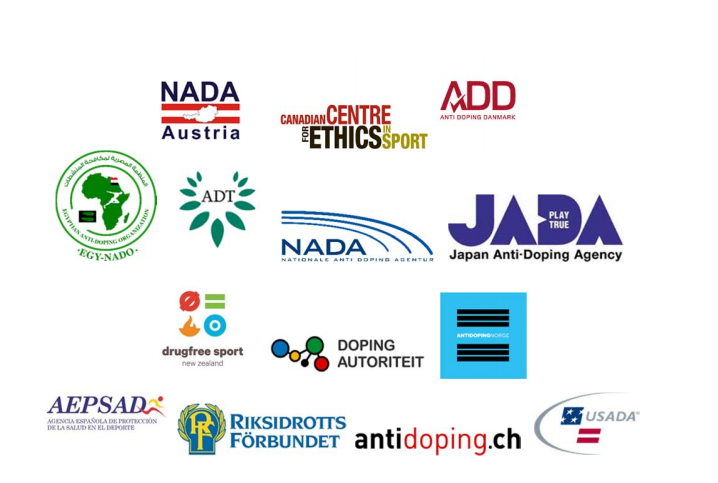 A letter from 14 National Anti-Doping Agencies (NADOs) has been sent to the International Olympic Committee (IOC) to urge them to suspend the Russian Olympic Committee and provisionally deny Russian athletes entry to the Rio 2016 Olympic Games.

Their call follows the World Anti-Doping Agency (WADA) stance that Russia should be banned from all international competitions, including Rio 2016, until they achieve a "culture change".

It comes after the explosive findings of the McLaren Report which looked into state-sponsored doping by Russia, which mainly focussed on the Sochi 2014 Winter Olympics but also covered summer competitions.

Russia will already be unable to field an athletics team at the Games, after the Court of Arbitration for Sport today upheld the International Association of Athletics Federations (IAAF) ban on their track and field team.

“This is a responsibility that cannot and should not be delegated by the IOC.

“As a consequence, we call upon the IOC to exercise its leadership authority under the Olympic Charter and take the following steps in response to the IP Report to protect the Rio Olympic Games:

“(1) Suspend the Russian Olympic Committee (ROC) and exclude it from the Rio Olympic Games;

“(2) As a consequence of the suspension of the ROC, provisionally deny entry to all Russian athletes nominated by the ROC to participate in the Rio Olympic Games; and

“(3) Establish a task force consisting of the members of the currently existing WADA –IOC Pre‐Games Testing Task Force to apply a uniform set of criteria to determine whether individual Russian athletes should be permitted to participate in the Rio Olympic Games under a neutral flag; thereby striking a fair balance between your stated concerns between “collective responsibility and individual justice” so that no truly clean elite Russian athlete is barred from the Rio Olympic Games.

“Anything less than these three (3) outcomes is not a reasonable and proportionate measure to protect the value of the Olympic promise given the circumstances caused by the state run doping program that corrupted the Olympic Games and this action would certainly would fall well short of the “toughest sanctions available” to the IOC Executive Board. “

Both the United States Anti-Doping Agency (USADA) and the Canadian Centre for Ethics in Sports (CCES), who have signed the letter, were criticised by IOC Executive Board member Patrick Hickey after they called for a blanket ban on Russian athletes competing at Rio 2016 in a leaked draft letter which emerged prior to the McLaren Report.

The letter has now been sent to the IOC following the publication of the report on Monday (July 18), with the move likely to add further pressure onto the IOC, who are expected to make a decision over the weekend on whether to implement a full ban after considering legal options.

Their call has also been supported by the Institute of National Anti-Doping Organisations (iNADO), who have requested that the IOC and the International Paralympic Committee (IPC) ban Russia from Rio 2016.

“Clean athletes of the world have been betrayed and deserve much better,” said Doug MacQuarrie, iNADO chair.

“iNADO is calling on the IOC and the IPC to respond in an unequivocal manner by banning the Russian delegations from the Olympic and Paralympic Games."

The IOC have already stated that they will not "organise or give patronage" to any sports event or meeting in Russia, including plans for the 2019 European Games organised by the European Olympic Committees (EOC).

The IOC will also not grant Rio 2016 accreditation to any official of the Russian Sports Ministry or any person implicated in the McLaren Report.

Due to the detailed references to the manipulation of samples during Sochi 2014, the body also asked all International Olympic Winter Sports Federations to freeze their preparations for major events in Russia, such as World Championships, World Cups or other major international competitions under their responsibility, and to actively look for alternative organisers.

Major winter events coming up in Russia include this year's World Mixed Curling Championships in Kazan and the International Bobsleigh and Skeleton Federation World Championships in Sochi next year.

The NADOs letter to the IOC can be accessed here.