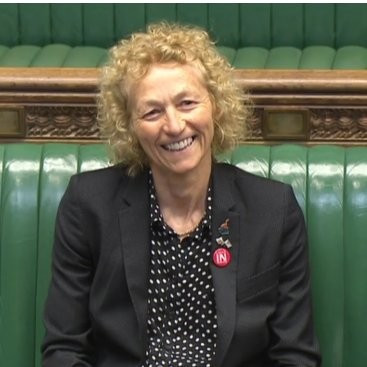 Former Welsh number one Christina Rees has asked the British Government to back squash's efforts to be included at the Olympic Games.

Rees, who is now a Member of Parliament for Neath in Wales, spoke on the topic of “Squash and the Olympic Games” at the Houses of Parliament.

The 62-year-old Labour MP, who represented her country more than 100 times during her playing career, urged the Government to show their support for the sport.

“Why is squash not in the Olympics, it is a complete mystery to me,” Rees said.

“Squash is a genuinely global sport that is played by millions of people all over the world, there have been male and female world champions from every continent.

"We now have more than 50,000 courts in more than 185 nations, from the Arctic Circle to the bottom tips of South America and Australia.

“Squash would be inexpensive to introduce, with men’s and women’s singles draws of 32 each.

“The competitions would take place on two courts over six days - each show court could accommodate 4,000 spectators.”

Last year, squash failed for the third consecutive time to be added to the Olympic programme, after not being among the five sports recommended by Tokyo 2020 for inclusion.

Baseball and softball, karate, skateboarding, sport climbing and surfing were recommended instead and are expected to be rubber-stamped by the International Olympic Committee at its Session in Rio de Janeiro next month.

This followed previous failures by the World Squash Federation (WSF) to be added to the programme for London 2012 and Rio 2016.

Last month, the WSF commissioned an independent review to study governance, structures and relationships to maintain the process of improving practice and performance.

It came after Professional Squash Association chairman Ziad Al-Turki and chief executive Alex Gough challenged the WSF leadership on a number of issues, including accountability for the latest failed Olympic bid.

After hearing of the support in Britain, WSF President N Ramachandran expressed his delight that the sport continued to receive backing to appear at the Games.

“It’s good to know that our case to try to secure a place for squash on the Olympic Games programme is being made at parliamentary level,” he said.

“We continue to believe that squash is a great fit for the Olympics and dream of the time when the Games could become the pinnacle aspiration for all our athletes.”