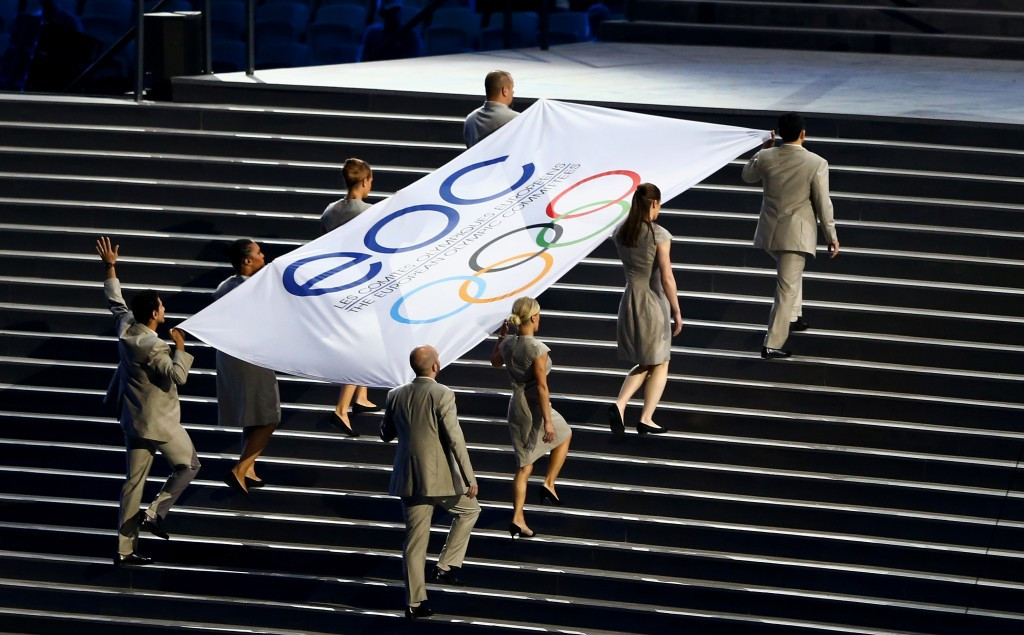 The European Olympic Committees (EOC) has said it will "maintain ongoing discussions" with other potential host cities of the 2019 European Games after the International Olympic Committee (IOC) confirmed today that it will not organise and give patronage to any sport event or meeting in Russia, the nation seen as firm favourites to stage the second edition in three years' time.

The IOC’s decision is one of a number of provisional measures taken by its Executive Board following the release of the damning McLaren Report here yesterday into alleged state-sponsored doping during the Sochi 2014 Winter Olympics, as well as in competitions in summer sports.

The report showed the Sports Ministry "directed, controlled and oversaw" a "unique" method of sample manipulation at Sochi 2014, involving a sample-swapping method where they were able to open and reseal tamper-proof bottles.

It comes as a major blow to EOC President Patrick Hickey, whose dream of preserving the European Games rests on persuading Russia, effectively their only realistic option, to host the 2019 edition.

The provisional measures apply until December 31 and will be reviewed by the IOC Executive Board at its meeting earlier that month.

"The EOC is aware of the IOC statement today confirming that its patronage for the potential 2019 European Games in Russia has temporarily been withdrawn and will be next reviewed at the IOC Executive Board meeting in December 2016," read an EOC statement released today

"The EOC will therefore continue to monitor the situation whilst also maintaining ongoing discussions with other potential host cities.

"As always these discussions will take place in private and the EOC has no further comment on this matter until further notice."

In May, insidethegames exclusively revealed that a decision on whether or not Russia will be awarded the 2019 European Games would be guided by whatever decision the IOC took following claims that the country were involved in systematic doping at Sochi 2014.

Hickey announced in November that Russia was the preferred option to host the second edition of the Games which made their debut last year in Azerbaijan's capital Baku.

The EOC and Russian Olympic Committee (ROC) have been discussing holding the European Games since last June when the original choice, The Netherlands, withdrew due to lack of Government support.

Under plans proposed by the ROC, the European Games would be staged jointly between Sochi and Kazan, which hosted the 2013 Summer Universiade and last year's World Aquatic Championships.

Both of those events were implicated in the McLaren Report, which confirmed and elaborated on the allegations of former Moscow Laboratory chief Grigory Rodchenkov.

Russian Sports Minister Vitaly Mutko claimed in April that the country was too busy to host to any more events until 2020 following the 2018 FIFA World Cup.

Hickey, however, has previously insisted they have the agreement of the ROC to stage the European Games.

Due to the detailed references to the manipulation of samples during Sochi 2014, the IOC will also ask all International Olympic Winter Sports Federations to freeze their preparations for major events in Russia, such as World Championships, World Cups or other major international competitions under their responsibility, and to actively look for alternative organisers.

A figure skating Grand Prix in Moscow in November and a ski jumping World Cup in Nizhny Tagil in December are among the events set to be moved from Russia.

Others set to be affected by the IOC’s decision are this year's World Mixed Curling Championships in Kazan and the International Bobsleigh and Skeleton Federation (IBSF) World Championships in Sochi next year.

In a statement sent to insidethegames, the World Curling Federation said it is "reviewing the McLaren Report, today’s statement from the International Olympic Committee and the implications for curling".

The governing body added: "We will consult further with the IOC and WADA (World Anti-Doping Agency) over the coming days to determine our next steps."

insidethegames has contacted the IBSF for a comment and is awaiting a response.