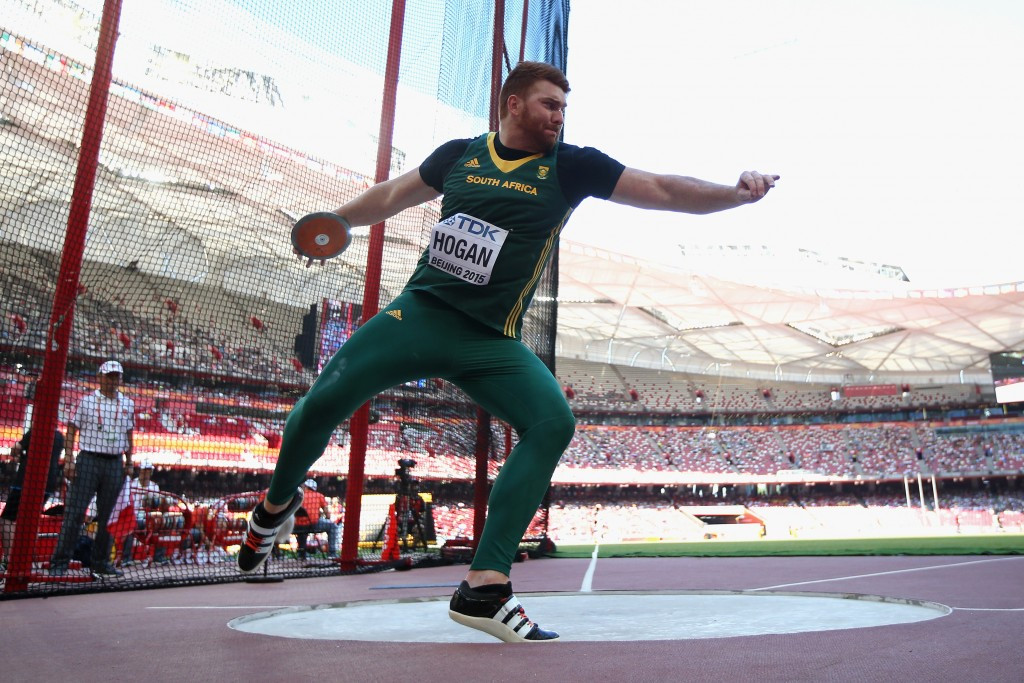 African discus champion Victor Hogan has been dropped from South Africa's Olympic team and banned for two years for doping.

He also faces being stripped of the gold medal he won at the African Championships in Durban last month.

South African Institute for Drug-Free Sport (SAIDS) chief executive Khalid Galant confirmed that the 26-year-old Hogan had tested positive for the stimulant methylhexaneamine at the National Championships in Stellenbosch in April.

He had thrown 67.62 metres, the sixth best performance in the world this year, which would have meant he would have been a contender for an Olympic medal at Rio 2016.

Hogan's victory in the African Championships in Durban was the third consecutive time he had won the gold medal in the event.

His gold medal is now set to be passed to countryman Russell Tucker, who had finished second, with Nigeria's Stephen Mozia being upgraded to the silver medal.

Another South African, Dewald van Heerden, could now move from fourth to the bronze medal.

Hogan's best performance at the World Championships came at Moscow in 2013 when he finished fifth.

But he disappointed at the 2014 Commonwealth Games in Glasgow, finishing only 10th.

Hogan has claimed that he tested positive for the banned performance-enhancing drug after ingesting it by mistake in a supplement.

He has passed on the supplement to SAIDS and asked them to test it.

Methylhexaneamine is the same drug that three competitors in the 2014 Winter Olympics in Sochi tested positive for.