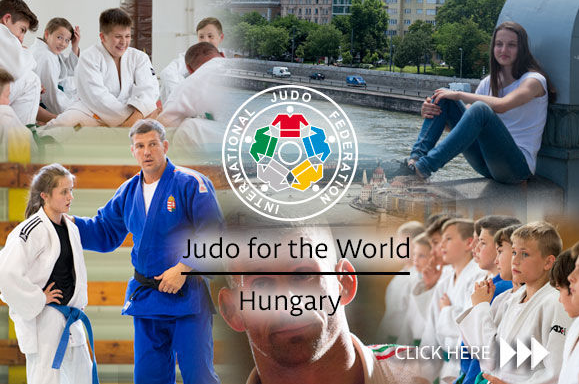 The International Judo Federation (IJF) has released the seventh episode of the "Judo for the World" video series, showing the "amazing hope" the sport has brought to Hungary.

The characters featured in the film describe how Hungary has become a judo nation and how the sport is growing bigger and bigger every day.

Hungary is said to be putting a lot of effort into making judo more popular in order the spread the values of the sport.

A Judo for Children project was officially launched in the country last year and now the sport is practiced in approximately 200 schools throughout the territory.

London 2012 silver medallist Miklós Ungvári is due to participate in his fourth Olympic Games next month, when he vies for top honours at Rio 2016.

Ungvári was raised by his mother, who single-handedly took care of her 10 children in the city of Cegléd - 80 kilometes from the capital Budapest.

He explained how judo has impacted his life and how it can change the life of thousands of children, who dream of following in his illustrious footsteps.

"My family is very important for me, especially my mum," he said.

"She gave up many things for us and we are all trying to give back some of the love and goodness that we received from her."

Hungary is set to host next year’s World Judo Championships in Budapest, which is also bidding for the 2024 Summer Olympic Games.

"Judo for the World" videos, which focus on the educational dimension of the sport, have also featured Australia, Brazil, Cuba, Japan, Turkey and Zambia so far.