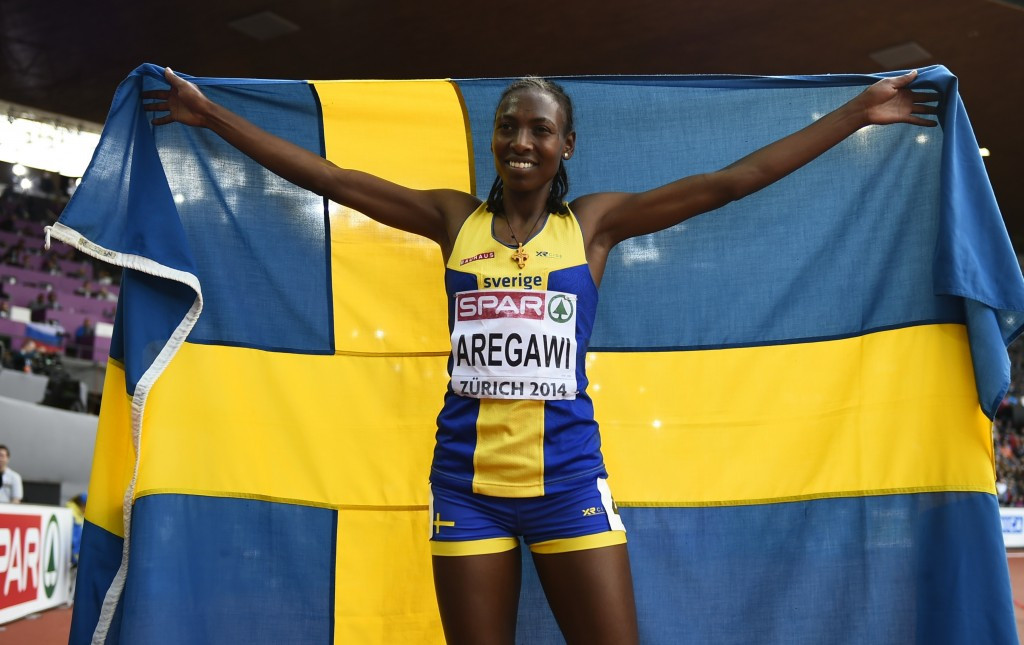 Former 1500 metres world champion Abeba Aregawi could be cleared to compete at next month’s Olympic Games after the Swedish Doping Commission (SDC) lifted her suspension for testing positive for meldonium.

The Ethiopian-born Swede had been facing a ban of up to four years after her B-sample revealed traces of the drug, which was added to the World Anti-Doping Agency (WADA) Prohibited List on January 1.

Her initial positive test was confirmed by the International Association of Athletics Federations (IAAF) in February.

Aregawi, sixth in the Olympic 1500m at London 2012 in what proved to be her last race for Ethiopia, has always claimed she believed she had been given legal vitamins by a doctor in her native country.

She had agreed to cooperate with the IAAF and met with officials from the governing body in March.

The 26-year-old, winner of the IAAF World Championships 1500m at Moscow in 2013, has become the latest athlete to have tested positive for meldonium to have her suspension revoked after WADA were twice forced to clarify the guidelines surrounding the heart-attack drug.

The Swede had named on the nation’s Olympic team following her top-eight finish at the World Championships in Beijing last year but was then removed from the list because of the provisional suspension.

Swedish coach Karin Torneklint is now likely to discuss the issue with the Swedish Olympic Committee, with a view to allowing her to represent the country at the Games.

“Finally, there has been a decision in this case which has been very complicated and taken a long time to process,” Swedish Athletics general secretary Stefan Olsson said.

“But we were taken by surprise by the decision considering the earlier contacts we had with the Doping Commission.

“We respect that this has been a complicated case which has resulted in difficulties for us in fully following the process.

“We are not the only one who have struggled in following the meldonium complexity since almost 200 athletes around the world have been in similar situations.

Earlier this month, WADA extended the period during which athletes may escape punishment if they have failed for meldonium from March 1 to September 30.

Under new guidance, athletes who provided a urine sample which returned a positive test for the substance between January 1 and February 29 can also be given a “no fault” verdict if their sample contained less than five micrograms of meldonium.

This marks an increase from the previous set of guidelines published by WADA, which stated if below one microgram of meldonium was detected and the failed test came before March 1, a negligence or no fault verdict could be reached.

The news could lead to more athletes who have tested positive for the drug, manufactured in Latvia, avoiding a suspension from their respective sport.

WADA had published a clarification on meldonium in April, which gave hope to many who are currently provisionally suspended ahead of the Olympic Games in Rio de Janeiro next month.

It led to fierce criticisms from several sectors of the sporting world, with many claiming the body had not conducted enough research into the effects of the drug.