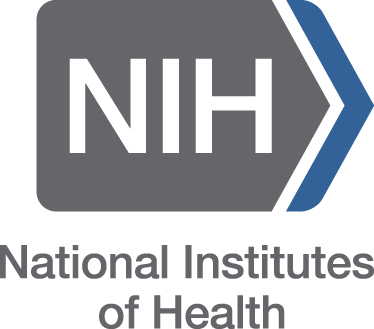 United States Olympic Committee (USOC) athletes, coaches and staff attending Rio 2016 will be asked to take part in a study aimed at improving understanding of how the Zika virus persists in the body and identifying potential factors that influence the course of infection.

The National Institutes of Health (NIH) has announced its National Institute of Child Health and Human Development (NICHD) will fund the study, which is led by Dr. Carrie L. Byington from the University of Utah in Salt Lake City.

It comes after the USOC established an Infectious Disease Advisory Group (IDAG), chaired by Dr. Byington, to help prepare the US Olympic team for travel to Brazil, which is the epicentre of the Zika virus outbreak in the Americas.

Dr. Byington proposed the project, which aims to enroll at least 1,000 men and women, in response to an NIH announcement designed to expedite review and funding for Zika-related research projects.

"We partnered with the USOC to improve knowledge of the dynamics of Zika infection, so that we can better protect the health of athletes and staff who will participate in the 2016 Games," said Dr. Byington.

"This ongoing relationship also opens avenues for long-term research that promises to benefit not only the Americas, but also other regions facing the emergence of the virus."

The study seeks to determine the incidence of Zika virus infection, as well as identify potential risk factors for infection, detect where the virus persists in the body, evaluate how long the virus remains in bodily fluids, and consider the reproductive outcomes of Zika-infected participants for up to one year.

Those who agree to be involved will complete health surveys and provide samples of bodily fluids for the detection of Zika and similar flaviviruses such as dengue.

Virus testing kits and training on how to use the tests will be provided by the US’s Centers for Disease Control and Prevention.

"Monitoring the health and reproductive outcomes of members of the US Olympic team offers a unique opportunity to answer important questions and help address an ongoing public health emergency."

Approximately 3,000 USOC staff members are expected to travel to Brazil.

Spouses or sexual partners who joining them may be eligible to participate.

Concerns about Zika - linked with a condition which sees babies born with small heads and underdeveloped brains - have been cited by several high-profile athletes who will not be competing at Rio 2016.

Rory McIlroy, a four-time major winner, is one of numerous golfers to pull out of competing at the Games, due to fears over the virus,

The Northern Irishman has since been joined by world number one Jason Day of Australia and Americans Dustin Johnson and Jordan Spieth, with the latter becoming the final member of the top four ranked men’s golfers to withdraw.

Rio 2016 officials have attempted to downplay fears in recent months by claiming that the drier and cooler climate in the Brazilian winter reduces the number of mosquitoes, which carry the virus.