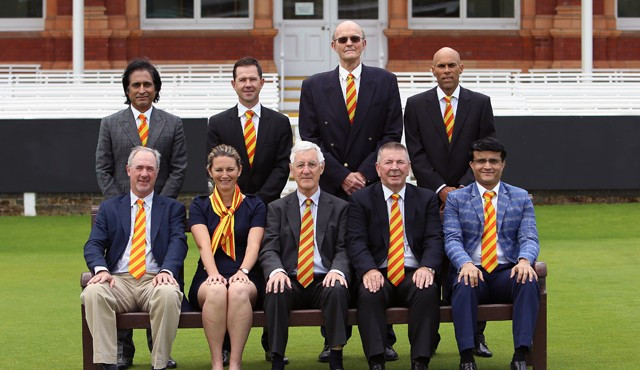 A leading group in world cricket believe “no barriers are insurmountable” regarding the sport’s potential bid for Olympic inclusion as they reiterated their belief that the Twenty20 format should attempt to earn a place on the programme at the 2024 Games.

Following a two-day meeting of the Committee at Lord’s, which concluded today, they stressed that “cricket’s inclusion in the Olympics would be the single most effective move the ICC could make to realise its ambition of making cricket the world’s favourite sport”.

The Committee proved to be the spark for further debate around a possible bid from cricket for a spot on the programme at the event in eight years’ time when they announced their backing last July.

Their declaration prompted several of the game’s most high-profile names, including retired Australian spinner Shane Warne and legendary India batsman Sachin Tendulkar, to support any bid from the ICC.

The issue was also discussed at the ICC's Annual Conference, held in Edinburgh last month.

“The committee believes that cricket must embrace the concept of playing T20 in the Olympic Games by applying to become a participating sport for 2024,” an MCC World Cricket Committee statement read.

“With ICC's stated intention of making cricket "the world's favourite sport", the MCC World Cricket Committee believes that cricket’s inclusion in the Olympics would be the single most effective move ICC could make to realise that ambition."

The statement added: “With cricket included in the Olympic Games, the best players in both the men's and women's game would help to inspire and reinvigorate the sport at the grassroots level and encourage its growth in new markets.

“The Committee further believes that no barriers to its inclusion are insurmountable, and understands that the overwhelming view amongst the ICC's Full and Associate Nations and current players is one of eagerness to participate.

“Cricket should grasp this opportunity and do all it can to help persuade the IOC of the benefits of its inclusion.”

Support has gradually grown among the cricketing fraternity but Richardson has warned all of the ICC’s members would need to unite behind any effort if they are to be successful.

ICC head of global development Tim Anderson claimed however, that it might be “difficult” to fit an Olympic Twenty20 competition into an already-packed international schedule.

The governing body are considering adding further events to the calendar, including an extra World Twenty20 tournament in 2018, and Anderson admitted it was “hard to really say whether it's possible to fit two World Twenty20s and an Olympic Games in a four-year cycle”.

Officials from 2024 candidate cities Los Angeles, Paris and Rome have all recently admitted they would like to have the sport on the programme should they triumph in the race for the event.