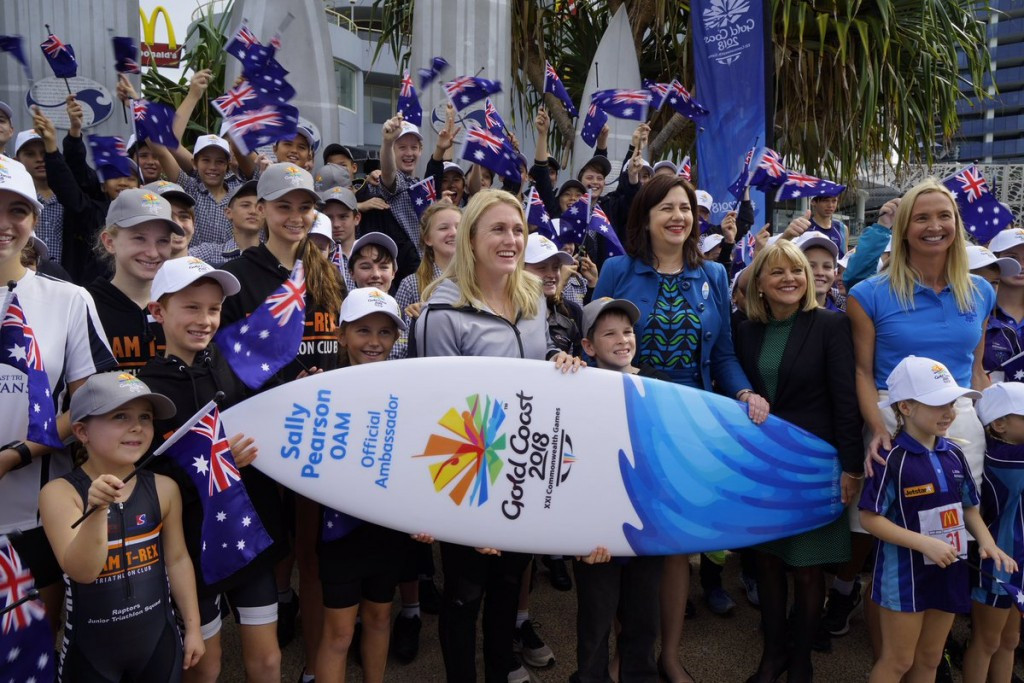 Olympic 100 metres hurdles champion Sally Pearson has been named as the first official ambassador of the Gold Coast 2018 Commonwealth Games.

The announcement was made at a special event on the beach front in Gold Coast, attended by a range of dignitaries including Queensland Premier Annastacia Palaszczuk and Stirling Hinchcliffe, minister for the Commonwealth Games.

Pearson, also a double Commonwealth Games gold medallist and world champion in the 100m hurdles in 2011, is one of Australia’s most recognisable athletes but will not defend her Olympic title at the Games in Rio de Janeiro after she tore a hamstring in training last month.

She already has a strong relationship with Gold Coast 2018 as she played a key role in the flag handover at the Glasgow 2014 Commonwealth Games.

The 29-year-old will be tasked with promoting the event in Gold Coast, which runs from April 4 to 15, and further ambassadors are expected to be revealed in the lead-up to the event.

“The Commonwealth Games is an amazing experience for athletes and spectators, and in 2018 it will be the Gold Coast, my home town, showcased to the world,” Pearson said.

“The 2018 Games will inspire a new generation of young athletes and provide the perfect opportunity for the next wave of stars to shine.

“Winning Olympic gold at the London 2012 Olympic Games was a special moment, missing Rio  is definitely one of those low points, but I’m focused on giving myself the best opportunity to compete at a home Games.

“As an official ambassador I now have added personal interest in helping to ensure Gold Coast 2018 is the massive success I already know it will be and the most memorable athlete, spectator and volunteer experience possible.”

Palaszczuk described Pearson as an “inspired choice” for the first ambassadorial role for Gold Coast 2018, while Organising Committee chairman Peter Beattie believes she is perfectly suited for the position.

“It is indeed a privilege to have a home-grown Commonwealth, Olympic and world champion as our first official ambassador,” he said.

“Sally’s role, and the role of the ambassadors to come, will be to tell the world about our Games - to enthuse them to come to this beautiful and energetic place to experience for themselves the magnificent festival of sport, culture and friendship that only a Commonwealth Games can deliver.

“Sally is an incredible talent, a delightful young lady, a role model to young athletes and the perfect first ambassador of our Games.”

Hinchcliffe added: "Today’s announcement - just 631 days from the Games’ opening ceremony - is another major milestone for Gold Coast 2018 and we not only look forward to having Sally with us over the coming 20 months, but also seeing her defend her Commonwealth 100m hurdles title in her own backyard.

“Sally is a champion athlete and I know every Australian will be cheering her on to victory in 2018."