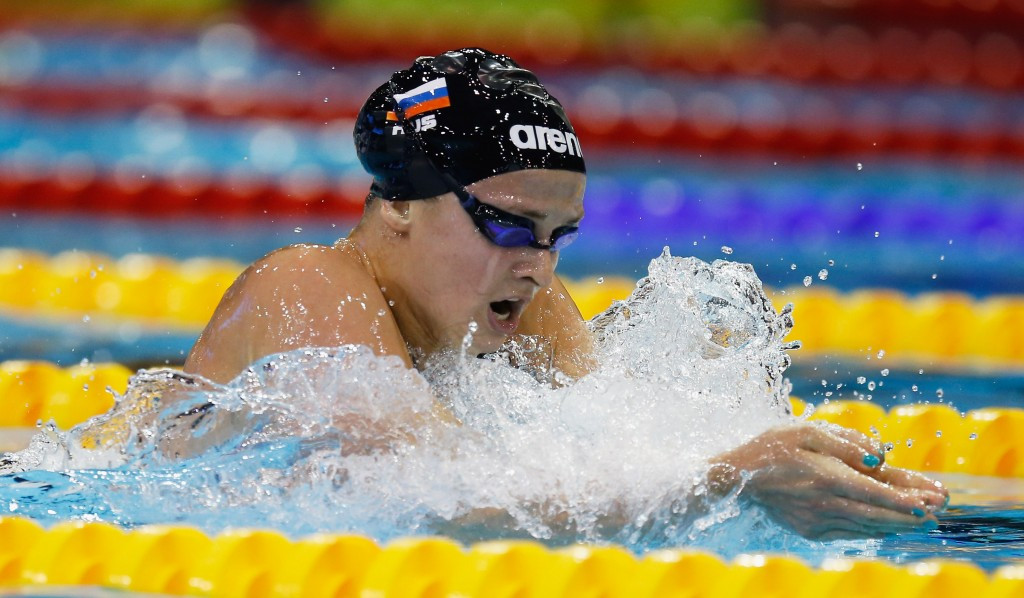 The result, another blow for Russia as it wrestles with numerous doping problems ahead of Rio 2016, follows an out-of-competition test conducted by the World Anti-Doping Agency (WADA) during a training camp in Greece in June 2015.

Simonova admitted to purchasing a vile of testosterol in a local store druing the camp.

She claims that this was because her own nutritional supplement stocks were running low, so she, her coach, and a Greek coach visited a nearby sports store to purchase supplies.

It is claimed that she inadvertently took the banned substance, which she did not know was in the supplement bought from the store.

But, while reduced suspensions can be given if athletes are deemed to have taken substances unintentionally, FINA decided to press ahead with a backdated four-year ban, set to continue until June 28, 2019.

"The results management for this matter was conducted by FINA.

"The FINA Doping Panel decided according to the FINA DC Rule 10.2.1 to impose on the athlete a period of four years’ ineligibility, starting on 29 June 2015 and ending at the conclusion of the 28 June 2019 for her first anti-doping rule violation.

"Furthermore, the FINA Doping Panel decided that all results achieved by the athlete on or after 29 June 2015 shall be annulled together with the consequences thereof (forfeiture of medals/prizes, reimbursement of prize money)."

She will be stripped of results including breaststroke World Cup golds in Chartres and Moscow, as well as silver medals in Singapore and Beijing.

Officials from the All-Russian Swimming Federation were also reportedly offered a deal - which they rejected - in which they would pay money to avoid athletes being drug tested in the build-up to the London 2012 Olympic Games.