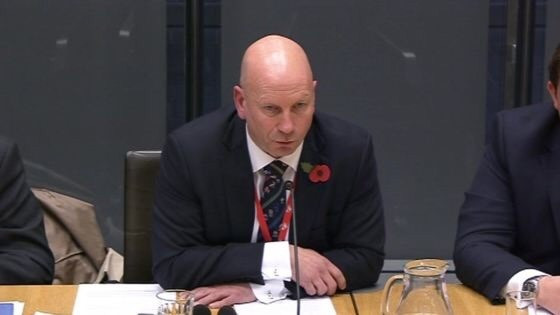 Former London 2012 head of logistics Mick Wright has begun his role as chief operating officer for next year's Asian Indoor and Martial Arts Games in Ashgabat.

Wright, who has earned huge experience in major events in recent years, was appointed by Trivandi Chanzo, the joint venture set up between two consultancies to provide the "very best experts from around the world in operational planning and implementation" for the events.

He will report to Ashgabat 2017 Executive Committee chairman Dayanch Gulgediyev.

He also served as head of tournament services for the England 2015 Rugby World Cup from 2013 until earlier this year.

Other roles include acting as a technical advisor for the International Olympic Committee.

"In his roles at London 2012 and Rugby World Cup 2015 Mick has consistently demonstrated his ability to ‘deliver brilliant’ and we are delighted to have someone of his ability to lead our team on Ashgabat 2017," said Jean Tomlin, chief executive of Chanzo.

Trivandi counterpart James Bulley added: "The appointment of Mick as our chief operating officer to lead the delivery of this unprecedented challenge of planning and operating a major multi-sport event in less than 500 days is a significant milestone and gives us great confidence that we will deliver a successful Games in Ashgabat."

The Asian Indoor and Martial Arts Games is the highest-profile sporting event due to take place in Turkmenistan as the gas-rich nation seeks to boost its profile on the sporting stage.

Action is due to take place in Ashgabat from September 15 to 24 next year.

All 45 Asian National Olympic Committee and 17 from Oceania are due to compete in a special collaboration between the two continents.