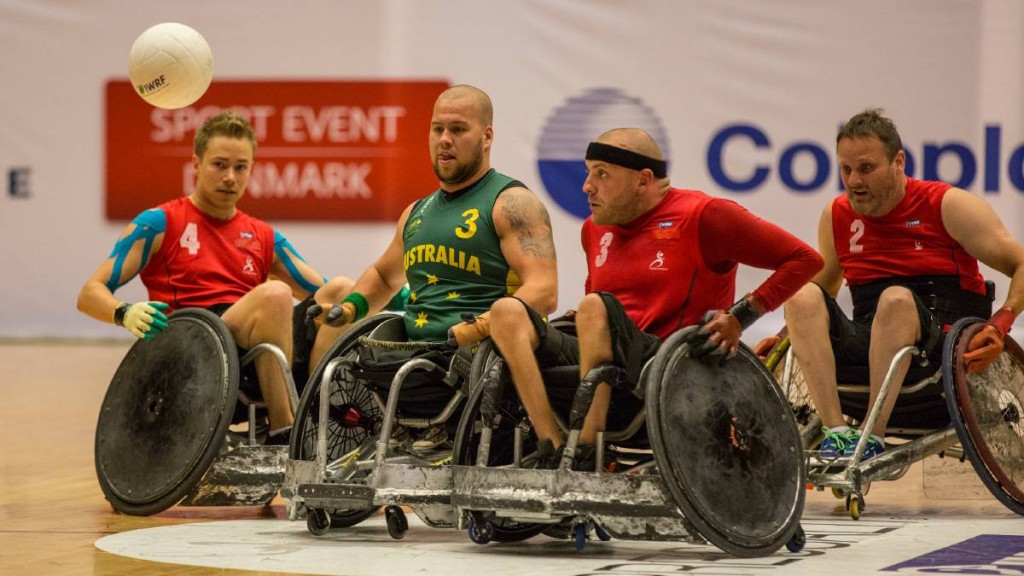 The successful bid was submitted by Disability Sports Australia (DSA) and a formal announcement made at today’s opening of the 2016 GIO Fierce 4 Rugby Wheelchair Rugby Nationals in the city.

Wheelchair rugby made its debut on the Paralympic Games at Sydney in 2000, when the United States beat Australia 32-31 in the final.

The 2018 IWRF World Championship will bring 12 of the world’s best wheelchair rugby teams to the Sydney Olympic Park complex from August 4 to 10.

Host Australia will be joined by 11 other countries through a regional qualification process due to begin at this year's Paralympic Games in Rio de Janeiro.

"Australia is a strong competitor with a long history in our sport, having participated in every World Championship and Paralympic Games competition.

"Many of us have great memories of the Sydney 2000 Paralympic Games, and we look forward to coming back to the Sydney Olympic Park and the great sports fans of Australia.

"DSA put together an excellent bid and I am confident they will give us a fantastic World Championship."

The IWRF World Championship is held every four years.

"The success of our bid is a milestone for Australian sport and comes with significant support from our partners the Australian Rugby Union and Australian Defence Force,” said Jenni Cole, the chief executive of DSA.

"We are delighted that the Championships will bring the world’s most elite wheelchair rugby competition to the Australian public."

Australia won their first Paralympic title at London 2012, beating Canada 66-51 in the final.

They consolidated their position as the sport's top side when they won the World Championships in Odense in 2014.