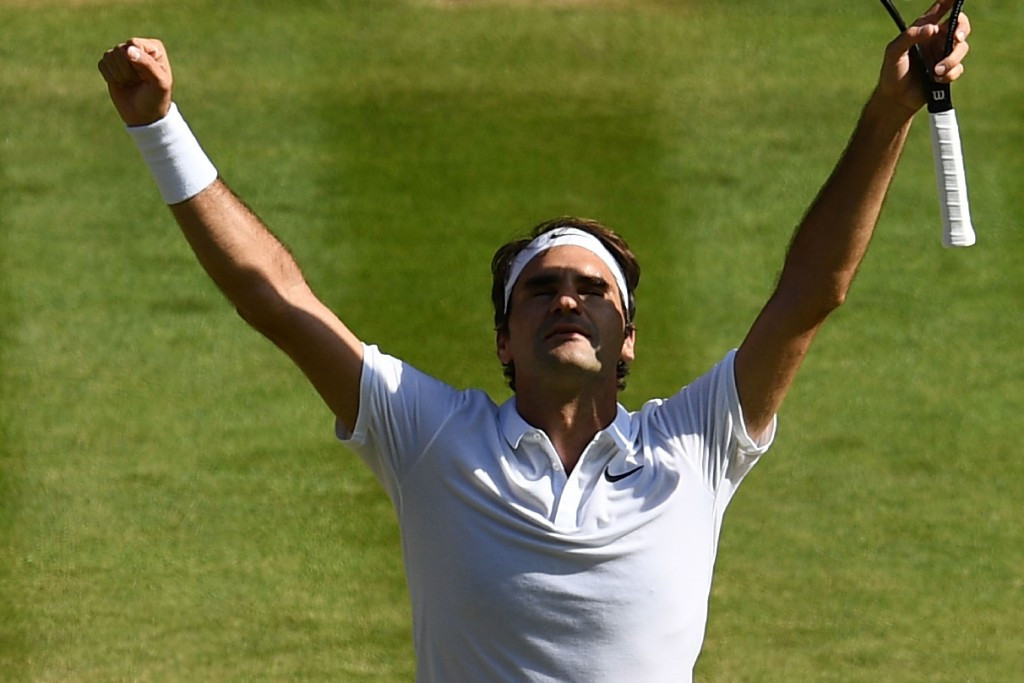 Seven-time champion Roger Federer survived a scare as he fought back from two sets down to beat Marin Cilic of Croatia in an epic semi-final encounter at Wimbledon today.

The Swiss, who is chasing an 18th Grand Slam title, was staring defeat in the face when the big-hitting Croatian, the winner of the 2014 US Open, had match points in the fourth set.

Federer, however, was managed to cling on and gradually grew into the contest before seeing out a gruelling 6-7, 4-6, 6-3, 7-6, 6-3 triumph to the delight of his rapturous support on Centre Court - an arena he often describes as his home.

The 34-year-old couldn't cope with the heavy groundstrokes and rapid serve of Cilic in the opening two sets before he rolled back the years to set up a meeting with Milos Raonic of Canada in the last four.

Tomáš Berdych of the Czech Republic, a Wimbledon finalist in 2010, is also through to the semi-finals after he overcame tricky Frenchman Lucas Pouille 7-6, 6-3, 6-2.

Berdych will face Murray in the other last four encounter.

"Marin is such a wonderful player and I was in so much trouble in the third set and in the fourth," Federer, who hadn't dropped a set at the tournament until the quarter-final match, said.

"I played super great at the end so I am very, very, pleased. Marin is one of the nicest guys on the tour so I feel sorry for him but for me the dream continues.

"It wasn't going well for me so I just tried to stay in the match, hope for his level to drop and get a bit lucky.

"That is what happened and the (tie) breaker was crazy.

"It's really encouraging to see I was improving and able to sustain a really high level.

"Mentally this will give me a hell of a boost and I'm really ecstatic to make it into the next round."

Murray, seeking his second Wimbledon crown, was installed as the favourite following Djokovic's shock departure and appeared to be racing into the next round when he took the opening two sets.

Tsonga, however, rallied and was able to send the superb match into a decider thanks to an inspired display towards the end of the fourth set.

The Briton quickly shrugged off the disappointment and came back with an improved performance in the fifth, which proved too hot for the Frenchman to handle to ensure he remains on course for a meeting with Federer in the final.