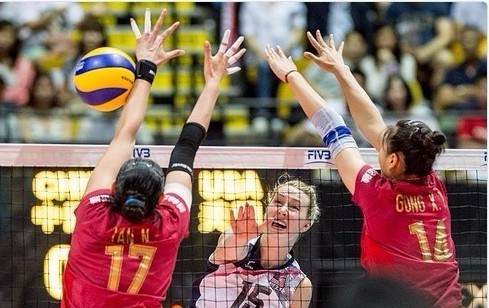 Five former winners and hosts Thailand will battle for the International Volleyball Federation (FIVB) World Grand Prix title when action is due to begin at the Indoor Stadium Huamark in Bangkok tomorrow.

Defending champions and world number one ranked United States will start as favourites after sweeping to eight victories in their nine preliminary round matches.

This included a convincing three-set win over second-ranked China in the final match in Hong Kong.

China, winners in 2003, will be among their biggest rivals, along with 10-time champions Brazil.

The South Americans won Grand Prix titles in 2013 and 2014 and will be seeking to lay down a marker ahead of their home Olympic Games in Rio de Janeiro next month.

The only former winners not present will be Cuba, who competed in the third tier of Grand Prix competition this year.

“We are obviously out to try and defend our World Grand Prix title," said US coach Karch Kiraly.

"However, this will not be easy.

"After all, the top teams are assembled in Bangkok.

"This will be the perfect test ahead of Rio.”

The US will take on China and The Netherlands in the second pool when action is scheduled to begin tomorrow.

Thailand are then due to meet Russia and Brazil in the first pool.

“All preparations are completed and we are looking forward to a great five-day showcase," added Thailand Volleyball Association President Somporn Chaibangyang.

"A showcase during which Thailand, whose best result so far in the World Grand Prix was a fourth place in 2012, will be out to push the favourites all the way."