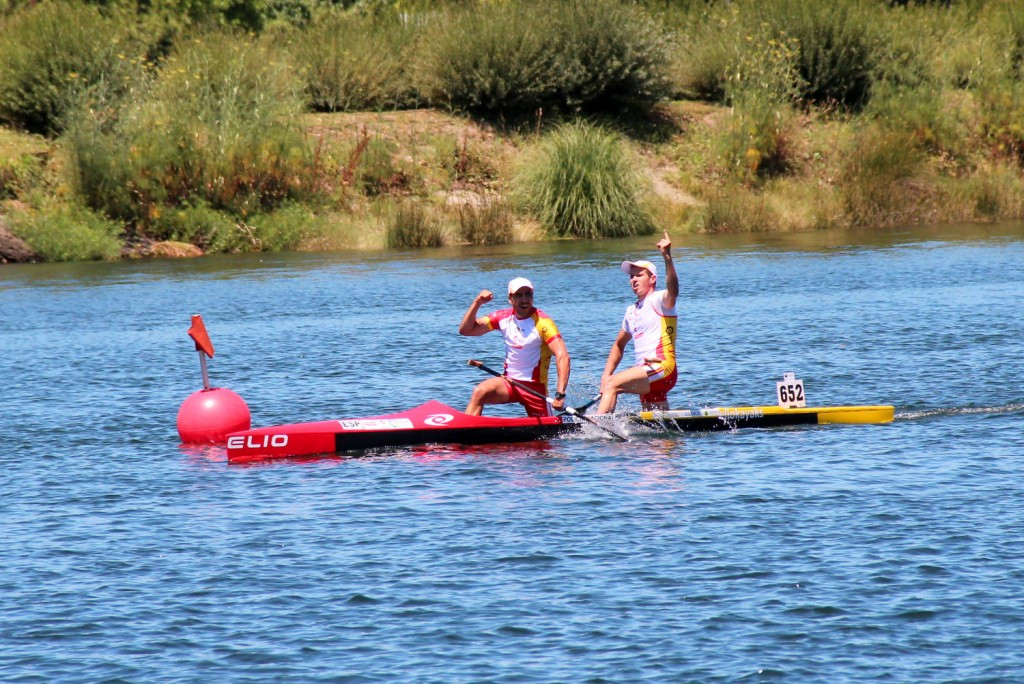 Hosts Spain rounded off the European Canoe Marathon Championships in style by claiming gold in the men's C2 and K2 events as the competition in Pontevedra drew to a close.

Antonio Campos and Jose Manuel Sanchez Sanchez powered to victory in the C2 race, while Ivan Alonso and Diego Pina Esteves topped the podium in the K2 event.

The other title to be decided on the final day went the way of Hungary, who have been the dominant force at the Championships, as Renata Csay and Alexandra Barra reigned supreme in the women's K2.

Campos, who struck gold yesterday, and Sanchez were locked in an intense battle with compatriots Ramon Ferro and Oscar Grana throughout the majority of the C2 competition before they eventually crossed the line in a time of 2hrs 0min 50sec.

Ferro and Grana were forced to settle for silver as Hungary picked up bronze thanks to Marton Kover and Adam Docze, who had managed to keep pace with the Spaniards until tailing off towards the end of the race.

In the men's K2 event, seven boats, including the two Spanish crews, appeared in contention for victory but Alonso and Esteves slowly pulled away and sealed gold by clocking 2:41:00.

Fellow Spaniards Luis Perez and Miguel Llorens ensured it would be another one-two for the host nation as they clinched silver, while the Danish duo of Mads Brandt Petersen and Nicolai Due Gadegaard Morcke did enough for the bronze medal.

Csay, who won the individual European title yesterday, was in golden form once again as she partnered Barra to women's K2 gold in a time of 1:56:22.

The victory for the Hungarian duo never looked in doubt as they shot out of the blocks and gradually built up what proved to be an insurmountable lead.