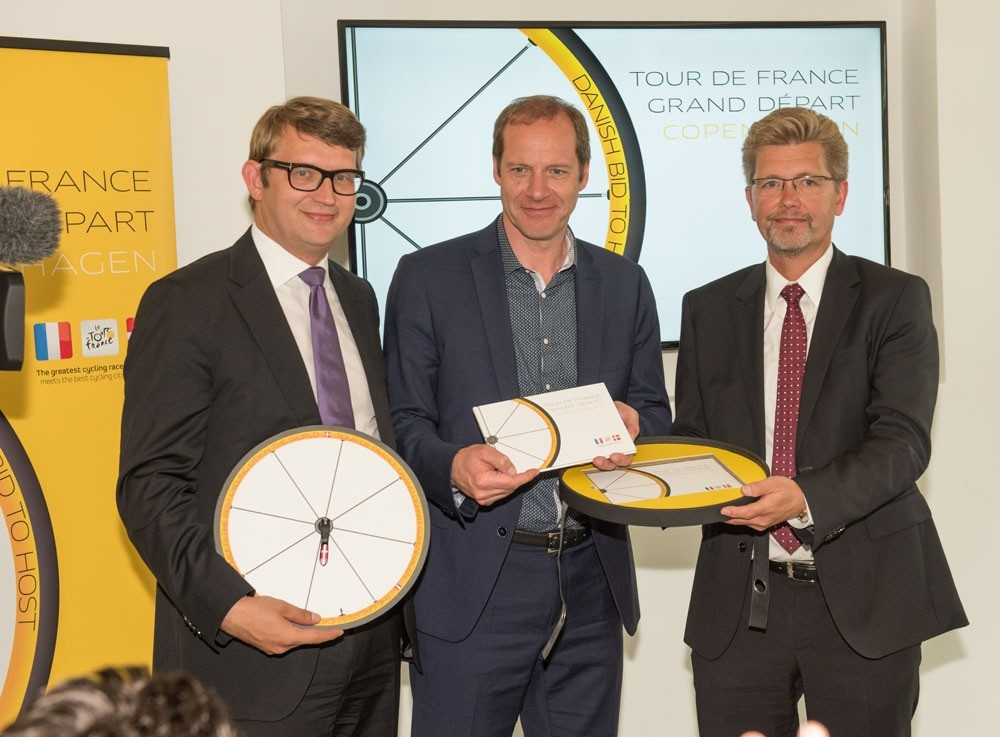 Denmark have presented a bid to host a Tour de France Grand Départ to the Amaury Sport Organisation (ASO) with Copenhagen having been put forward as a potential destination for the race.

Their proposal would see the Danish capital host an opening 10 kilometre time trial, while two flat stages would finish in Odense and Sonderborg.

Denmark are hopeful of being named as the hosts of the Grand Départ in either 2019, 2020 or 2021, which would see them become the most northern start in the history of the race.

“I believe Denmark has a lot to offer the Tour de France,” said Poulsen.

“Denmark is a cycling nation, and a Grand Départ in Denmark would add a new dimension to the greatest cycling race in the world by showcasing how bicycles are a natural part of our everyday lives in Denmark.

“We also have great experience with hosting major international sports events, and for a Danish Grand Départ we have planned some amazing Tour stages through beautiful scenery, passing many historical towns and landmarks.”

Copenhagen became the first International Cycling Union (UCI) Bike City in 2007, with the award aimed at highlighting cities which make the most of the opportunity that hosting major UCI events brings, as well as developing community cycling.

It has been claimed that almost half the population of Copenhagen use their bicycles on a daily basis to commute to work or school, with the majority of Danish people said to be keen on cycling as a mode of personal transportation and as a professional sport.

“We are proud to receive Copenhagen's official candidature, which underlines the attraction that the Tour can have outside of France,” said Prudhomme.

“Showcasing the Tour abroad is to also showcase France.

“Of course, it would be a huge challenge because it would be the northernmost start in the Tour's history.”

Belgium, Britain and the Netherlands are among the most recent hosts of the Grand Départ, with Germany set to stage next year’s start.

The opening stage will be a 13km individual time trial in Düsseldorf, with a further two stages then set to be held in the country.