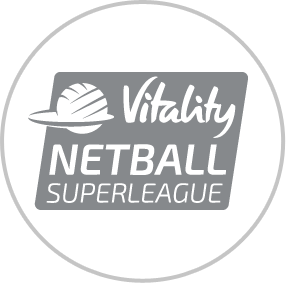 An online petition has been set up in protest at the Yorkshire Jets’ exclusion from the 2017 Netball Superleague after the competition was expanded from eight to 10 teams.

England Netball announced the changes today but they have already come under fierce criticism, with Jets chairman Mariana Pexton claiming the decision will have “far-reaching consequences”.

The league will feature eight sides from England plus one from Scotland and Wales.

Scottish Sirens, Severn Stars and Coventry-based Wasps have all been added to the line-up and they will go up against Manchester Thunder, Hertfordshire Mavericks, Surrey Storm, Team Northumbria, Team Bath, Celtic Dragons and Loughborough Lightening during the competition.

The Scottish Sirens team will be based at the Emirates Arena in Glasgow, a venue used for the 2014 Commonwealth Games, while Severn Stars will play the majority of their matches at The Arena in Worcester.

Netball Scotland chief executive Clare Nelson hailed the Sirens' inclusion as an “exciting new chapter for our sport” in the country.

The 2017 Vitality Netball Superleague, the highest-level domestic netball competition in Britain, will start in February.

“We are thrilled to announce the new line-up for the 2017 Vitality Netball Superleague,” England Netball chief executive Joanna Adams said.

“Each team submitted an exceptional proposal which we are certain will make for an incredibly exciting season.

“The Superleague has continued to grow in popularity since its launch in 2005 and with record attendances and ticket sales last year, we were keen to make a bold move in growing the number of teams and the aspirations of all involved.

“We feel this line-up really achieves this.”

Concerning the choice not to include the Yorkshire Jets, who finished rock-bottom last season, the governing body added: “We will continue to work with Jets and the wider Yorkshire netball community to ensure talented players and coaches have the opportunity to develop and excel.

“We plan to work with them and other unsuccessful applicants to create a foundation that will allow them to join the league in a stronger position in the future, should expansion be possible.”