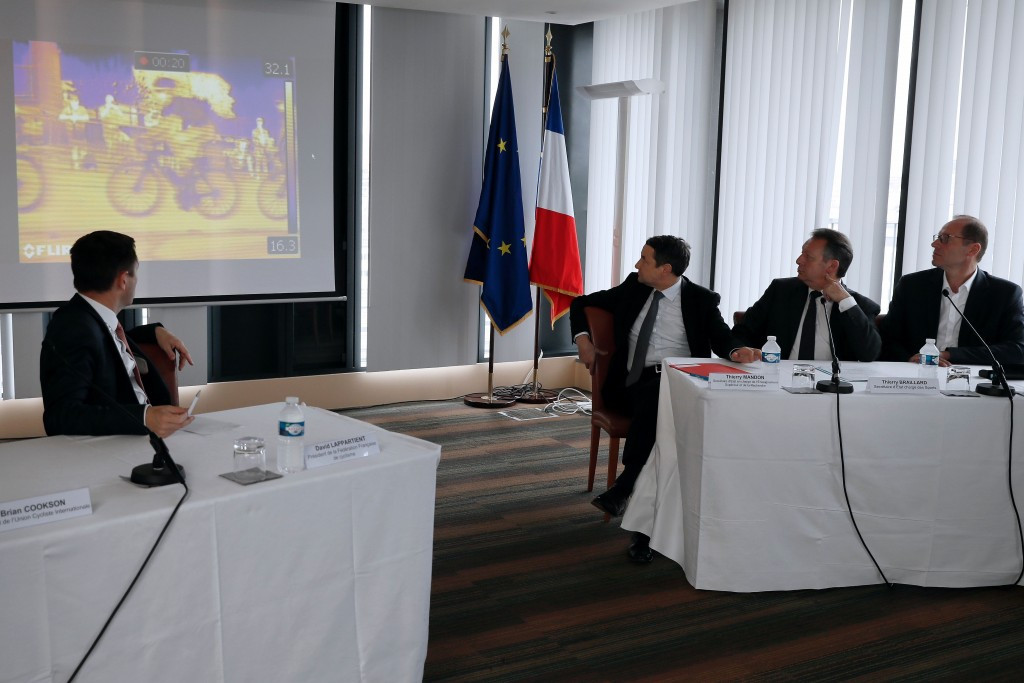 Thermal cameras are set to be used at this year’s Tour de France as the International Cycling Union (UCI) revealed that additional methods would be utilised to combat the threat of technological doping.

Throughout the current UCI WorldTour season, the governing body have been using a tablet system, which was developed with British company Endoscope-I and e-bike manufacturer Typhoon.

The scanning system was first used, in competition, at the UCI Cyclo­cross World Championships in Heusden-Zolder during January, where the bike of Belgian rider Femke Van den Driessche was seized following the women’s under-23 event.

During the ensuing investigation, the 19-year-old was found to have had a concealed motor on her bike, controlled by a Bluetooth switch, resulting in the UCI’s Disciplinary Commission handing the rider a six-year suspension.

The governing body have claimed to have conducted thousands of tests so far this season, including around 500 tests at the Tour de Suisse and over 2,000 at the Giro d'Italia.

However, they have come under pressure to utilise other technology to aid the fight against technological doping, with thermal imaging cameras and x-ray having both been mooted.

The UCI have now stated that around 3,000 and 4,000 tests will be carried out at the Tour de France using their existing technology, while further detection methods are set to be introduced “assess their performance and to ensure a varied testing protocol”.

"With this technology which has been approved by the UCI and by the Tour de France, those who will want to cheat will be taking very, very big risks," said Thierry Braillard, French Sports Secretary of State, according to Reuters.

"It's a complement to what the UCI has been doing."

The latter, the President of the European Cycling Union and a UCI vice-president, had previously queried about why the governing body had not been using other technology to tackle the problem.

“Since the beginning of the year, we are sending a clear message which is that there is literally no-where to hide for anyone foolish enough to attempt to cheat in this way,” said Cookson.

“A modified bike is extremely easy to detect with our scanners and we will continue to deploy them extensively throughout the Tour and the rest of the season.”

The UCI state that their scanners are now available to member National Federations, supported by training from specialist staff, with several having already been deployed at national level races.

The governing body revealed earlier this month that they would investigate whether emails sent by their technical manager Mark Barfield hindered a police investigation after claims made in a French television programme on mechanical doping.

According to Stade 2, Barfield sent emails to Harry Gibbings, director of e-bike manufacturer Typhoon, which informed him that French police were investigating suggestions of motor use at last year’s Tour de France.

It was alleged that Hungarian engineer Stefano Varjas, who worked with the company at the time, was the subject of the investigation with police suspecting that he had been looking to sell motors to competing teams at the UCI WorldTour race.