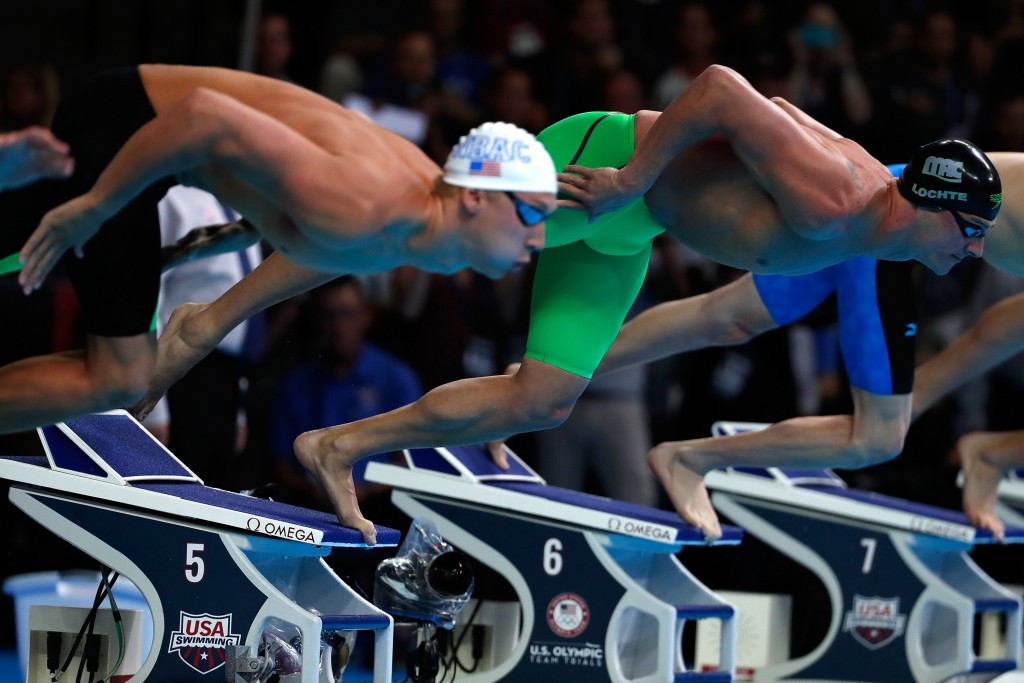 The five-time Olympic champion was returning to the gruelling 400m event for the first time since he won gold at London 2012, only for disaster to strike on the breaststroke leg.

Only two spots were available for the Olympic team.

It means Rio 2016 will mark the first Olympic Games since Sydney 2000 that neither Lochte nor his great rival Michael Phelps have competed in the 400m event.

Lochte is entered in five more events at the trial, with the 200m freestyle heats next on his agenda tomorrow.

“I don’t know,” he answered, when asked if he planned to change his programme.

“I’m going to keep working on it day-in and day-out and hopefully it gets better throughout the days.

"I’ll hopefully get a couple of cortisone shots just to help it, but hopefully it’ll be better by tomorrow.”

There was a shock in the women's 400m individual medley when Maya DiRado touched ahead of Elizabeth Beisel to win by more than three seconds in 4:33.73.

Beisel finished second in 4:36.81 to qualify for a third Olympic Games.