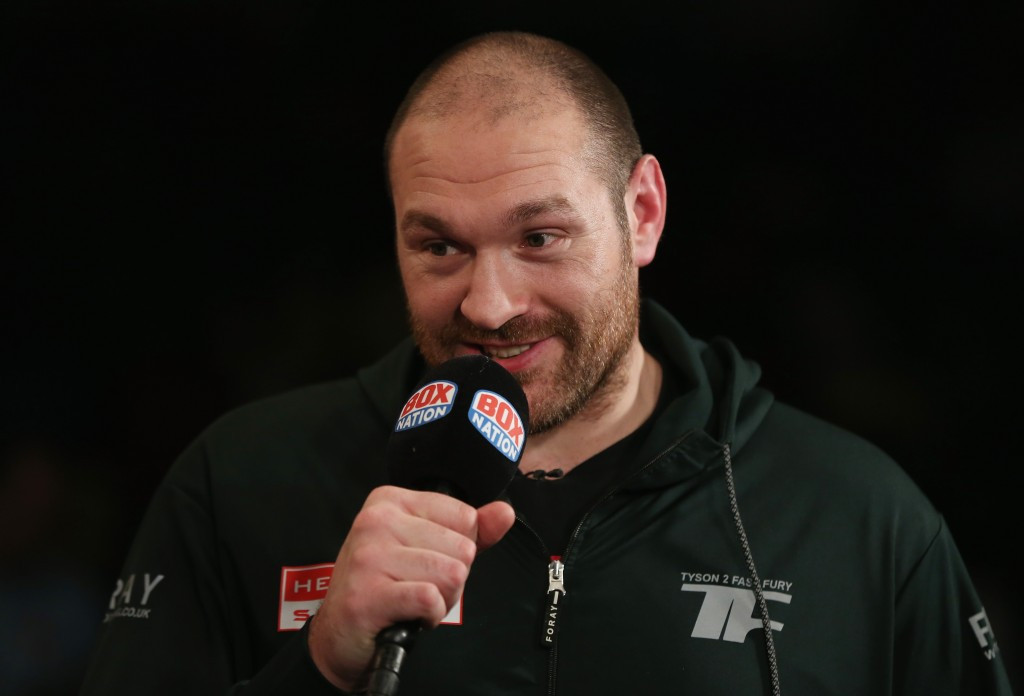 British world heavyweight champion Tyson Fury has denied claims of taking performance enhancing drugs after it was claimed the boxer was being investigated by UK Anti-Doping (UKAD).

According to the Sunday Mirror, the 27-year-old was found to have had “unacceptable” levels of the banned anabolic steroid nandrolone in a sample ahead of his world title fight with Ukraine’s Wladimir Klitschko last year.

Fury was told by UKAD officials in September that the levels of the steroid had been higher than would normally be produced by the body naturally.

It was also claimed that his cousin Hughie, also a heavyweight boxer, also had been above the normal natural limit.

Nandrolone has been known to help to increase muscle size, strength and power.

Both boxers are reportedly set to be brought before an independent panel to explain the levels of the substance found, however they have denied the allegations against them.

“We are baffled by today's story in the Sunday Mirror,” said Team Fury and his promoter Hennessy Sports in a statement.

“He looks forward to recovering from his injury and defending his titles against Wladimir Klitschko in October.”

Fury, who beat Klitschko in their world title fight last November to earn World Boxing Association (WBA) and World Boxing Organination (WBO) heavyweight titles, had been due to have a rematch with the boxer on July 9, but the bout was postponed due to the Briton suffering an ankle injury.

He has repeatedly been at the centre of controversy in the sport, with Fury having been forced to apologise after making comments regarding homosexuality, abortion, paedophilia and devil worshipping in the build-up to their first meeting.

He claims to have only taken the product last year, so before it was added to the World Anti-Doping Agency banned list on January 1.

"We are submitting documents and will be providing explanations," Povetkin’s spokesman told the Russian news agency TASS.

"Next week the boxer and his team will be giving personal explanations to the World Boxing Council (WBC).

“The case is provisionally set to be studied in Mexico."

He also passed three tests earlier in April before his failed test according to Russian media, while it was also claimed the sample contained just 70 nanograms, or seven per cent of what the anti-doping authorities banned.

Representatives of Povetkin have previously threatened legal action against rival Deontay Wilder after the American pulled out of their WBC heavyweight title fight, after the Russians positive test.