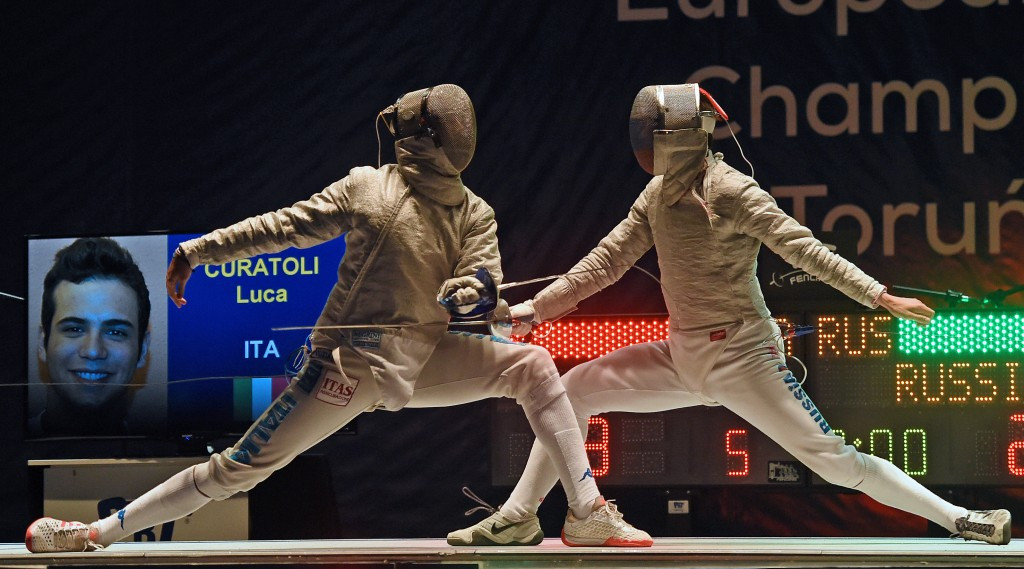 World number one Alexey Yakimenko inspired Russia to gold in the men's team sabre event as the European Fencing Championships drew to a close at the Arena Toruń in Poland.

The Russian team surprisingly finished outside of the medals at the 2015 event in Montreux but never looked in danger of having to suffer that disappointment as Yakimenko, alongside Dmitriy Danilenko, Kamil Ibragimov and Nikolay Kovalev, overcame Italy 45-42 in the final.

Ciprian-Fabian Galatanu, Iulian Teodosiu, Tiberiu Dolniceanu and Alin Badea delivered a bronze medal for Romania, who comfortably saw off the challenge of Hungary by 45 touches to 32.

The result in the men's sabre ensured the Russian quartet continued their countries strong showing at the competition in Poland, the last major event ahead of this year's Olympic Games in Rio de Janeiro.

Estonia managed to upgrade their 2015 silver for a gold medal this time around as Julia Beljajeva, Irina Embrich, Erika Kirpu and Kristina Kuusk guided their nation to the top of the podium in the women's team épée tournament.

The Estonian side were desperate to avoid the heartbreaking loss to Romania in Montreux in 2015 and were involved in a hard-fought clash with France before emerging with a 33-28 triumph.

The team of Joséphine Jacques-André-Coquin, Marie-Florence Candassamy, Auriane Mallo and Lauren Rembi were forced to settle for the silver medal after suffering defeat by a narrow five-point margin.

Defending champions Romania could only claim the bronze medal as Simona Alexandru, Simona Pop, Ana Branza and Loredana Dinu finished the event on a positive note.

The quartet proved too strong for Hungary, clinching the third and final spot on the podium by virtue of a 27-19 success.