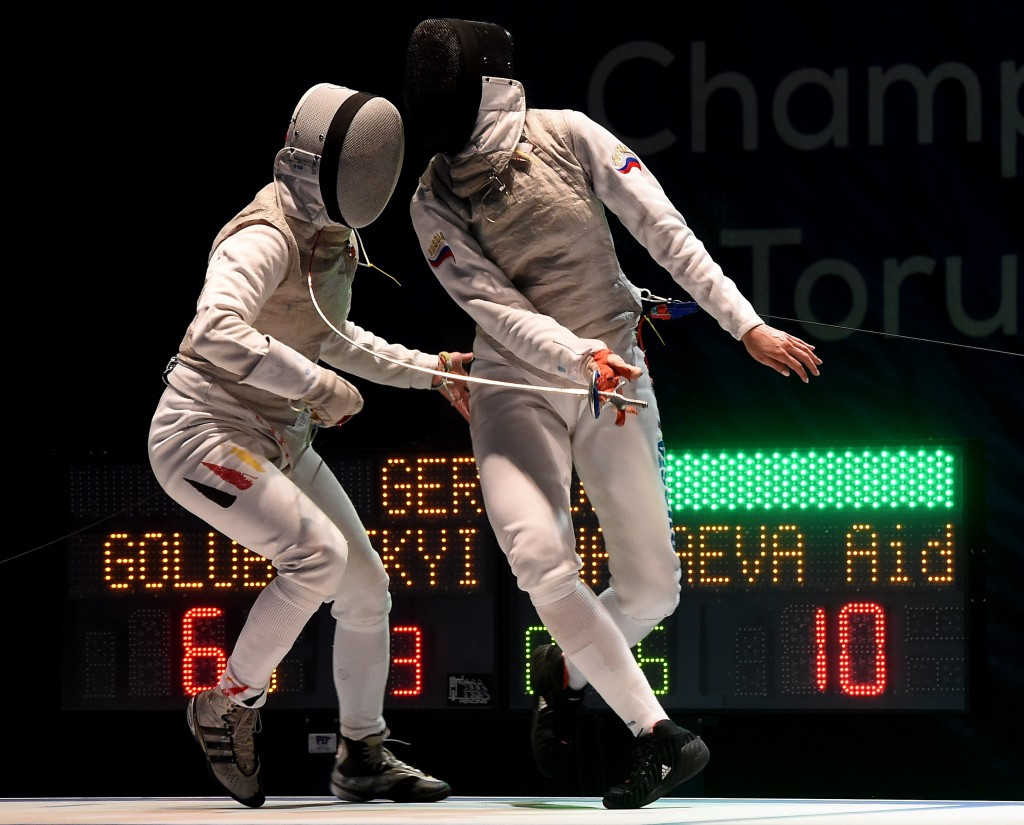 Russia avenged their defeat to Italy in last year’s final to secure women’s team foil gold at the European Fencing Championships at the Arena Toruń in Poland.

Three of the four members of the Russian quartet - Inna Deriglazova, Larisa Korobeynikova and Aida Shanaeva - were part of the side which had to settle for silver in Montreux in 2015 but they forced their way to the top of the podium along with newcomer Yulia Biryukova.

Errigo and Di Francisca will be hoping to shrug off the disappointing setback in the Polish city as they prepare to defend their Olympic team gold medal at this year’s Games in Rio de Janeiro.

The French team of Astrid Guyart, Jeromine Mpah Njanga, Pauline Ranvier and Ysora Thibus rounded off the podium as they took bronze by defeating Hungary.

In the other team final to take place on the fifth day of the event, France successfully defended their men’s épée crown with victory over Italy, who were forced into silver medal position once again.

The Italians had finished outside of the medal places at the 2015 edition of the competition in Switzerland but would have nevertheless been heartbroken to fall short with the Olympic Games looming on the horizon.

Their team, comprised of Andrea Santarelli, Paolo Pizzo, Enrico Garozzo and Lorenzo Buzzi, didn’t quite have enough to overcome the French, who look likely to challenge for gold when the men's team épée event returns to the Olympic programme in Rio de Janeiro.

Maksym Khvorost, Anatoliy Herey, Bogdan Nikishin and Dmitry Karuchenko sealed the bronze medal for the Ukraine as they proved too strong for Switzerland.

The 2016 European Fencing Championships, the last major event before Rio 2016, are due to conclude tomorrow.