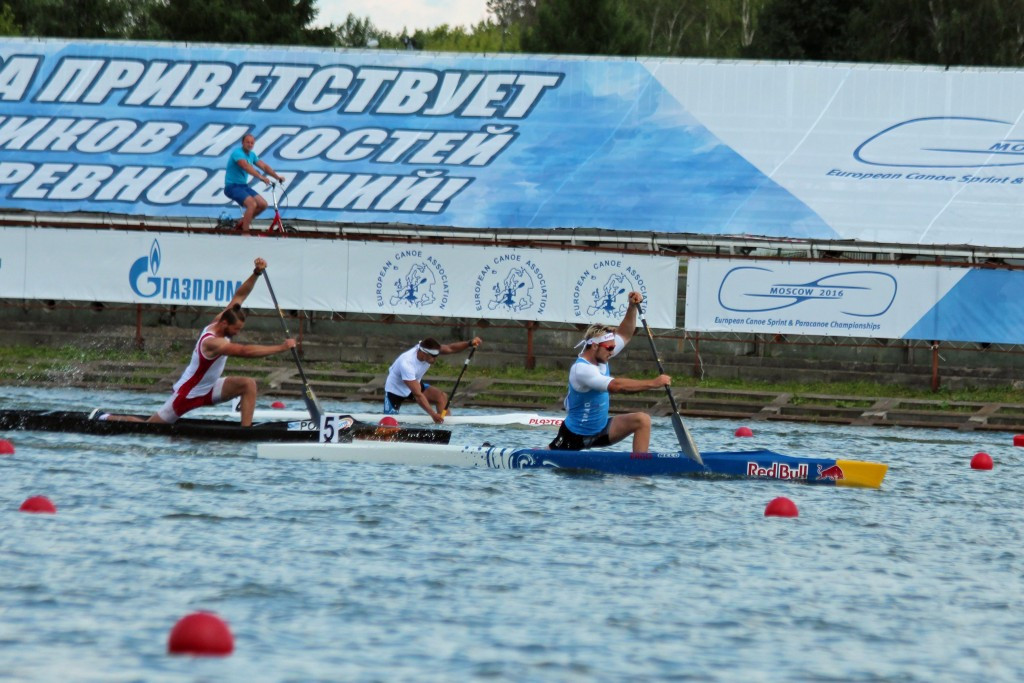 Czech Republic’s Martin Fuksa produced the best time in both his C1M 1,000 metres and 500m heats to qualify directly for the A finals on the opening day of the 2016 European Canoe Association (ECA) European Canoe Sprint Championships in Moscow.

Fuksa, winner of the C1M 500m gold medal at last year’s World Championships in Milan, clocked a time of 3min 54.496sec in the first heat of the 1,000m event to finish 2.304 seconds clear of Germany’s Sebastian Brendel.

Fuksa’s compatriots Anna Koziskova and Jakub Spicar were in good form too, setting the fastest times in their respective K1W 1,000m and K1M 500m heats.

Sabrina Hering and Steffi Kriegerstein, also of Germany, were the fastest in the K2W 500m heats with a time of 1:38.892.

Hungary's Danuta Kozak had little trouble advancing to the A final in the K1W 500m as she set the fastest time in the heats, 1:47.364, to qualify directly.

Her compatriots Bence Nadas, Peter Molnar, Sandor Totka and Tamas Somoracz were the quickest in K4M 500m with a time of 1:19.496.

Hosts Russia won two of the five gold medals handed out on the first day of action at the ECA European Para-canoeing Championships, starting with success in the men's VL3 200m event through Victor Potanin.

Potanin’s time of 51.072 was 0.100 seconds faster than that of second-placed Pier Buccoliero of Italy, while fellow Russian Aleksei Egorov was a further second behind in third.

There was also victory for the host nation in the combined women’s VL1 and VL2 200m event with Nadezda Andreeva's time of 1:02.836 proving too good for Italy's Veronica Biglia and Hungary's Julianna Toth, the second and third-place finishers in 1:09.700 and 1:13.844 respectively.

Helene Ripa won a gold medal for Sweden in the women’s KL3 200m, posting a time of 51.432 as France’s Cindy Moreau picked up silver and Lulea Mihaela bronze for Romania.

Hungary’s Robert Suba finished ahead of Russia’s Pavel Gromov in the two-competitor men's VL1 200m with a time of 58.584.