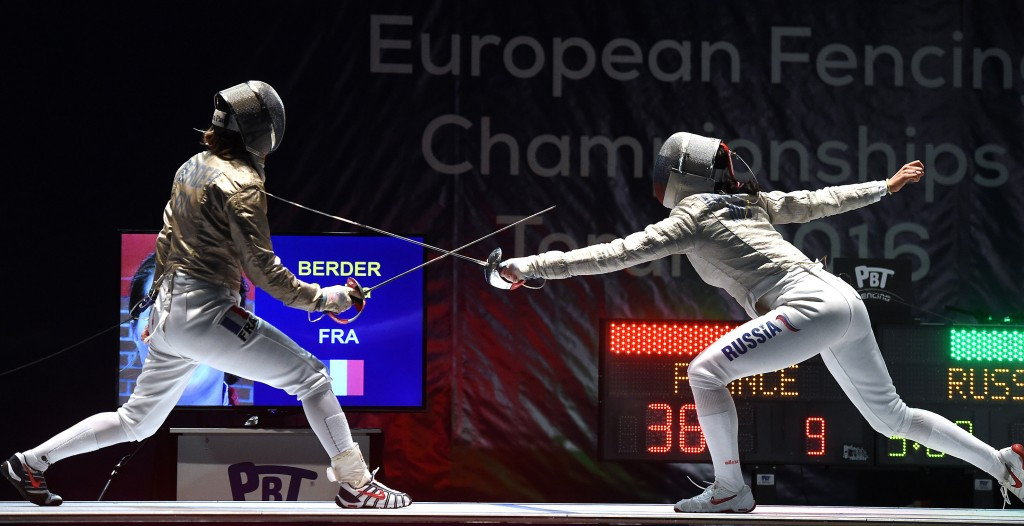 Russia earned double gold on the first day of team competition at the European Fencing Championships at the Arena Toruń in Poland.

Their hopes of success were high in the foil competition due to boasting the newly crowned individual champion Timur Safin, while Aleksey Cheremisinov, Artur Akhmatkhuzin and Dmitry Rigin were part of the team who finished as silver medallists at the 2015 European Championships.

After easing past Ukraine 45-29 in the quarter-finals, the quartet gained revenge on France for their defeat last year, recording a 45-34 victory to advance to the gold medal contest.

Italy, who had beaten Britain in their semi-final, fought valiantly against the Russian team but were unable to prevent their opponents from sealing a narrow 45-42 victory to win the gold medal.

The podium was completed by Britain after they secured a 45-28 win over France.

Russia then extended their run of victories in the women’s team sabre competition to five straight years.

The gold medal was Velikaya’s second of the Championships, having already triumphed in the individual event.

Zagunis had, however, been leading the gold medal match 8-2 but was then forced to withdraw through an injury.