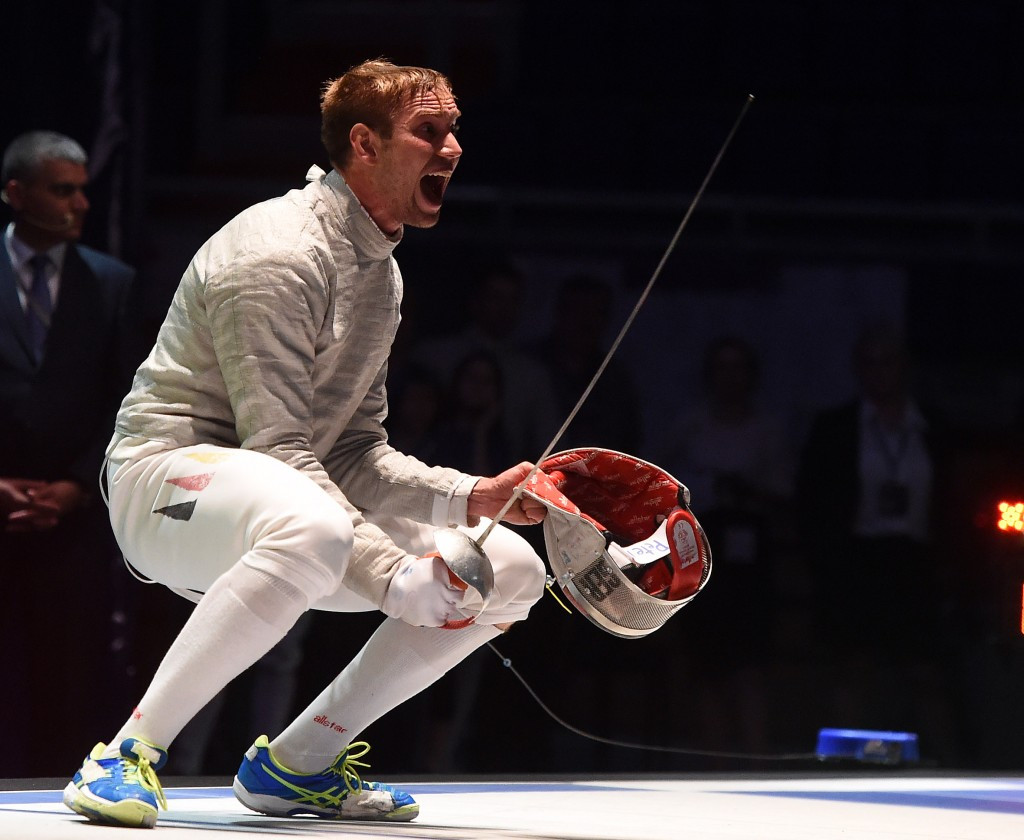 Wagner had been forced to hold his nerve on several occasions throughout the day, as he narrowly defeated Aliaksandr Buikevich of Belarus 15-13 in the quarter-finals, before edging out Russia’s Kamil Ibragimov 15-14 in the semi-final.

Anstett, who had defeated Russia’s Alexey Yakimenko 15-13 in his semi-final, was able to give Wagner another tough contest in the gold medal clash.

The German ultimately was able to battle to a 15-13 victory to finish top of the podium in the Polish city.

After their semi-final losses the Russian pair of Ibragimov and Yakimenko earned bronze medals, with the latter replicating his finishing positon from the 2015 Championships.

The 31-year-old, who last won the individual European title back in Legnano during 2012, emerged as a 9-5 winner in the final.

Poland’s Renata Knapik-Miazga earned the first bronze having lost 15-12 to the eventual winner in the semi-final, with Hungary’s Emese Szasz claiming the second minor medal after her 13-12 defeat to Popescu.

At the Pan American Championships in Panama City, the United States’ Kelley Hurley earned the epee title by beating Venezuela’s Maria Martinez 15-10 in the final.

World number one Alexander Massialas, who has won silver in four of the last five years, earned men’s foil gold with a 15-6 win over Mexico’s Daniel Gomez.