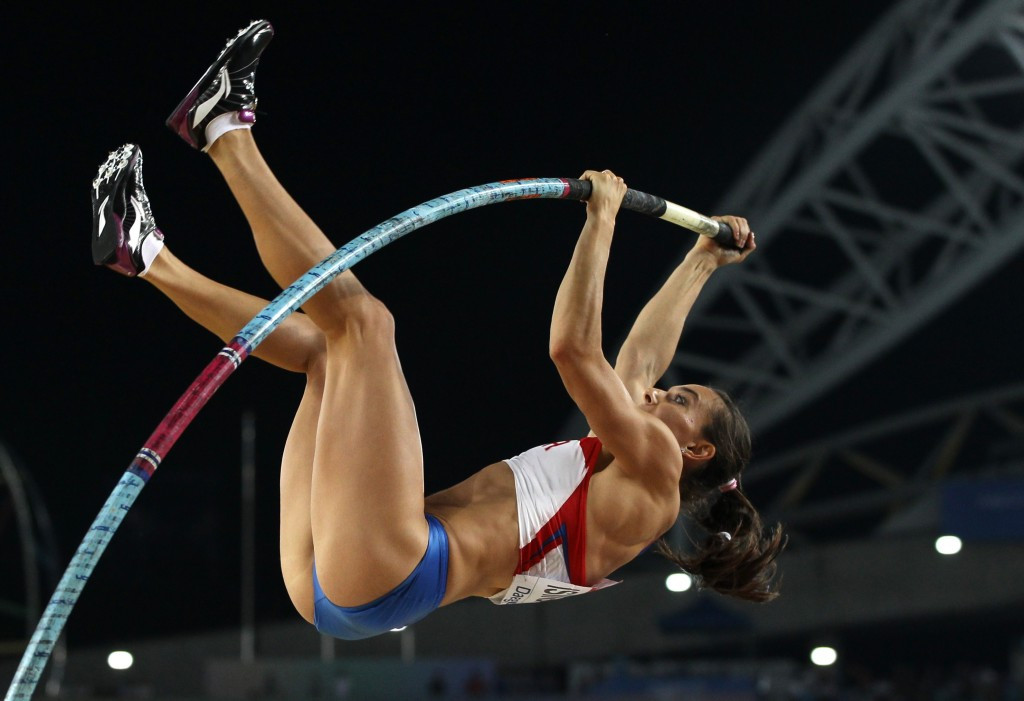 Pole vaulter Yelena Isinbayeva admits she has been given new hope by the ruling of International Olympic Committee (IOC) President Thomas Bach that Russian athletes would be able to compete under their own flag should they be deemed eligible to compete at Rio 2016.

Isinbayeva, a two-time Olympic champion who had never been implicated in a doping scandal, had fiercely criticised the International Association of Athletics Federations' (IAAF) decision last week to continue their suspension of Russian athletes after a failure to make the required improvements to their anti-doping system.

Only those who would be able to prove they have operated in an effective testing system would be permitted to compete under a neutral flag, the IAAF ruled, with this interpreted as meaning just those based outside Russia.

The IOC announced their "full respect" for this decision at an Olympic Summit here yesterday, but then claimed that any eligible Russians would compete under their own flag, rather than a neutral one.

Isinbayeva, who supported Sebastian Coe's claim for the IAAF Presidency, claimed last week that the ban is a violation of her human rights.

"Today I have to admit that deep down there is hope," she said after winning the Russian National Championships title in Cheboksary with a world leading 4.90 metres vault.

Isinbayeva, who failed an attempt at a world record height of 5.07, had said that the event would likely be her final competition before retirement, but is now hoping to extend that.

"Now it means that the end of my career, I hope, will be in Rio," she said.

"I was desperate yesterday, but I'm very optimistic today.

"The main thing we should all be happy about is that Yelena Isinbayeva has the world's best result of the season.

"A big hello from Russia to my rivals."

Bach insisted that Russia would have to compete under its own flag at Rio, because only those who have no National Olympic Committee to represent are able to do so independently.

The Russian Olympic Committee (ROC) - repeatedly praised by Bach - has not been accused of any wrongdoing.

Yet the IAAF are still pushing for them to compete under a neutral banner, primarily to provide whistleblower Yuliya Stepanova with a chance of competing.

Stepanova, who failed a doping test before providing the revelations culminating in the Russian suspension, would not be selected in any Russian team, ROC President Alexander Zhukov has said, but the IAAF are determined that she competes in order to encourage other whistleblowers to come forward.

The Olympic Summit chaired by Bach yesterday ostensibly supported the hardline conclusions of the IAAF, vowing that all Russians and Kenyans competing in any sport in Rio should be subject to special testing ahead of the Games.

But the decision regarding the flag has overshadowed this, and given huge confidence to Russia that they will not be punished so strongly after all.

Isinbayeva, who has a residence in Monte Carlo but is based in Russia, seems unlikely be deemed eligible.

But, like many other Russians, plans to appeal to the Court of Arbitration for Sport (CAS) and is confident of her chances of success before the Games open on August 5.

“I totally rule out the possibility that I won’t be able to get it done in time," she told R-sport.

"I have everything it takes to be able to compete in Rio.

"I have fulfilled the Olympic norms, I submitted my doping tests, I never had problems with doping in the past - and I see no reason for me to even worry about my participation in the Rio Games."

Isinbayeva is also hoping to be elected to the IOC Athletes' Commission in Rio, a position she would presumably be able to stand for if she participates in the Games.